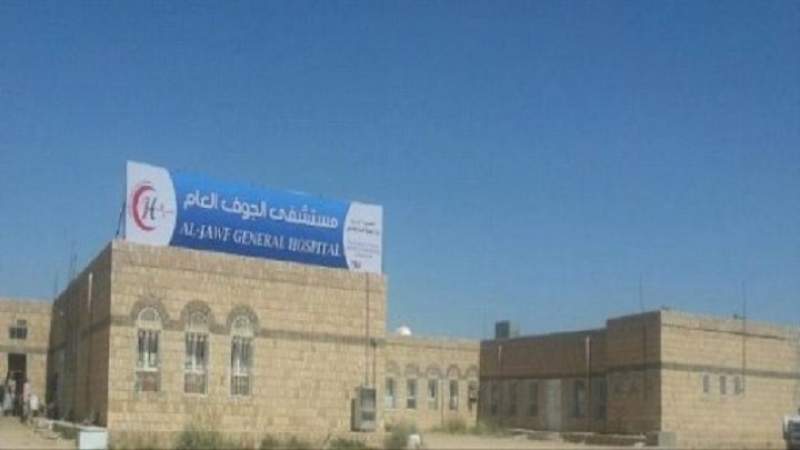 The Health Bureau in Al-Jawf governorate announced, at dawn today, Wednesday, that the only oxygen plant in the governorate at Al-Hazm General Hospital has stopped functioning due to the lack of fuel, which resulted from the unjust blockade of the Saudi coalition aggression.

The director of the Health Bureau in Al-Jawf warned of a real disaster due to the suspension of the oxygen plant in light of the spread of epidemics, which requires the availability of oxygen 24 hours a day.

He said that the stopping of intensive care and nurseries, and the stopping of ambulances to transport critical cases because of oil shortage due to the Saudi aggressive siege, clearly means a further killing of the Yemeni people.

He pointed out that the organizations that praise children and humanity, which used to provide unlimited support to these health facilities, stopped supporting most projects after the liberation of the governorate center.

The director of the health office in Al-Jawf appealed all the people of the world to pressure the United Nations and the forces of the coalition aggression to allow the entry of oil tankers and provide support and assistance to the Yemeni people in general and to the Al-Jawf governorate in particular.

Moreover, he held the United Nations fully responsible for the stoppage of hospitals and the catastrophic consequences that follow.

It should be noted that Hazm Al-Jawf General Hospital provides its services to thousands of citizens and displaced persons, and the oxygen plant located in it is the only one in the whole governorate, and it supplies the rest of the health facilities in Al-Jawf with generated oxygen.

In a Clear Breach of the Sweden Agreement; Saudi Forces Launch a Massive Attack in Hodeidah