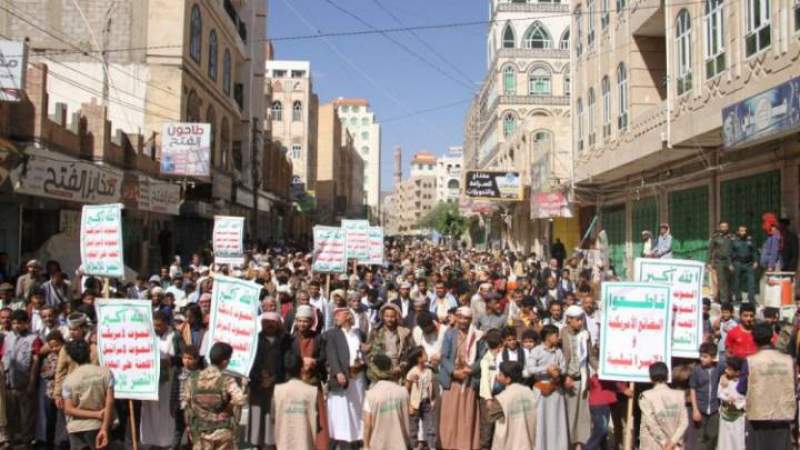 Yesterday, Friday afternoon, many demonstations within the capital Sana’a were organized to reject normalization with Isreal, in addition to mark the passage of 2000 days of steadfastness in facing the Saudi-led coalition of aggresion.

The participants in the events indicated that the regimes who rushed to normalize with the Zionists have betrayed the nation and the Palestinian cause.

The demonstrators emphasized to coninue steadfastness and supplying the fronts with all means to consolidate the victories of the Yemeni army and the popular committees against the countries of aggression and their mercenaries.

The people of the Capital condemned the arrogance of the aggression coalition for coninueoing to detain oil derivative ships.

The statements issued by the protesters confirmed adherence to the central cause of the nation and rejection of any form of normalization with the Isreal.