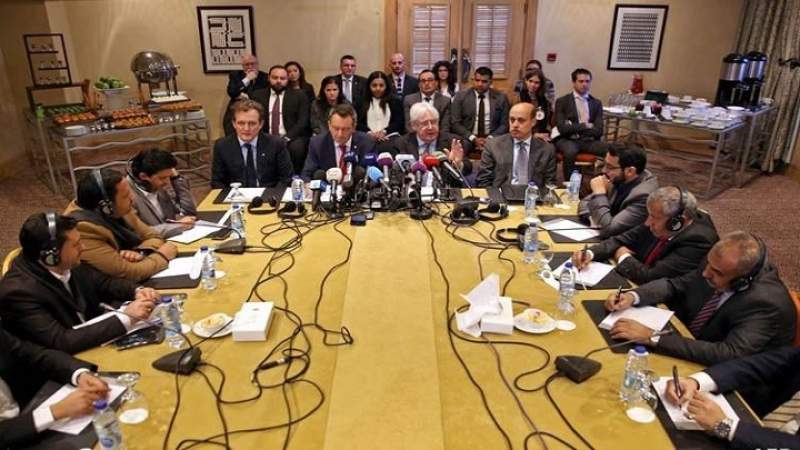 Warring Parties Agree on Releasing Over 1,000 Prisoners, Including Saudis and Sudanese

A source from the Geneva negotiations regarding prisoners of Yemen confirmed the agreement with the other party affiliated with the Saudi-led coalition aggression to release hundreds of prisoners, including Saudis and Sudanese, as of mid-October.

The source reported that the agreement, under the UN auspices, states the release of 681 prisoners of the army and popular committees in exchange for 400 prisoners following the other party, including 15 Saudis and 4 Sudanese.

The source pointed out that the two parties agreed to immediately start the procedures for implementing the exchange according to the operational plan drawn up by the International Committee of the Red Cross.

The rivals also agreed to hold a new meeting by the supervisory committee of the Sweden agreement to complete the exchange process for the second part agreed upon in Amman after the completion of the first part of the agreement.

An official source reported to YemenExtra stated that the implementation plan of the first part of the agreement signed in Geneva included the start of the exchange process on October 15th, indicating that the International Committee of the Red Cross will, within the next two weeks, complete the arrangements to complete the exchange deal.

The source pointed out that the two parties gave their commitment in the signed agreement to not conduct any prisoner swap on the side of the names included in the attached lists within the period specified in the implementation mechanism.

The two parties renewed their commitment to fully implement the Stockholm Agreement for the Exchange of Prisoners and Missing Persons, noting that what was agreed upon and signed today is based on the first part of the outcomes of the agreement that was concluded at the third Amman meeting.

The consultations of the fourth round of negotiations on the prisoners’ file and the missing began the previous Friday, September 18, in the municipality of Montreux, on the outskirts of Geneva, Switzerland.

Al-Murtada told the Arabic Al-Masirah channel that the executive plan is supervised by the Red Cross and will start on October 15th. The prisoner exchange will be via flying from Riyadh, Aden, and Marib to Sana’a and vice versa, stressing the readiness to implement all of Sweden’s agreement. Al-Murtada explained that they have the full support of the leadership to reach a complete deal, but the other party is not ready to expand or complete the deal.

Al-Murtada pointed out that the differences in the circles of the other party were what led to the agreement being limited to a first part of the Amman agreement, and that the Saudi presence in the negotiations was necessary to complete this process because they have many prisoners of the army and the popular committees.

He added that the coming hours will be crucial regarding the completion of the agreement on the executive mechanism of the agreement signed in Geneva, and that the national delegation had been forced to negotiate with each party separately due to the differences between them.

“We have a lot of name lists on papers and, thanks to Allah, we possess what gives us the privilege to release all prisoners and reveal the fate of the missing,” he said to reassure the relatives of the prisoners.