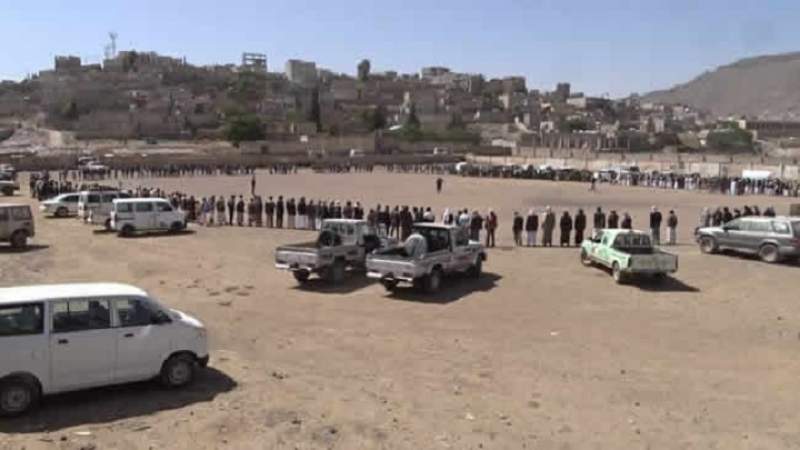 Employees of the Service Bureaus in Taiz governorate organized a protest to denounce the continued detention of oil derivative ships by the countries of the Saudi coalition aggression.

At the protest, which was attended by the representative of Taiz governorate, Mohammed Hazza Al-Husseini, the participants denounced the shameful silence of the United Nations regarding the crimes it has been committing and the siege it has imposed on all of Yemen, which is killing the Yemeni people.

They called on international organizations and people around the world to intervene and stop the US-backed Saudi aggression and all the violations and crimes that have been occurring in Yemen for more than six years, pointing out that preventing oil tankers from entering the port of Hodeidah threatens to stop vital and service sectors that depend on oil in generating energy, which will lead to a catastrophe.