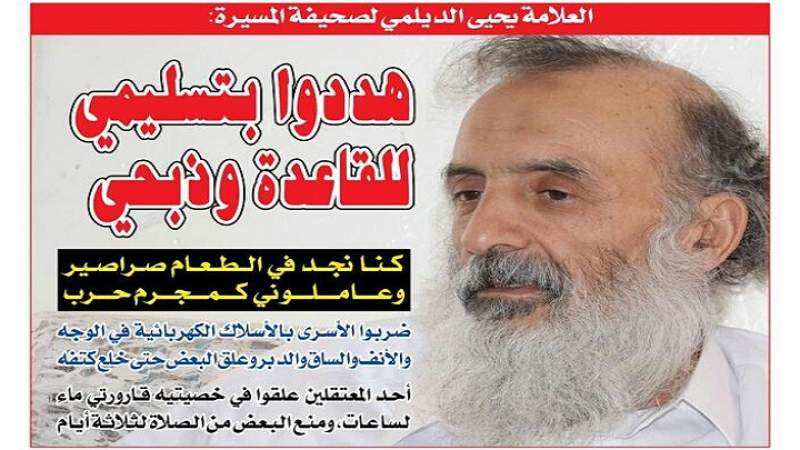 The Allamah Yahya Al-Dailami said that during his detention by the mercenaries of the Saudi aggressive coalition in Marib, he was subjected to psychological torture and threatened to be handed over to Al-Qaeda and ISIS.

Allamah Al-Dailami explained in an interview, published by the Arabic Al-Masirah newspaper, that when he was investigated, they asked him if he was linked with Ansar Allah and Sayyed Abdul Malik Al-Houthi, and how many times has he met him.

“We were prevented from sunlight and we drank water from the bathroom, and I was treated as a war criminal,” he added.

He pointed out that the food they ate had cockroaches and they would pour camphor, a transparent toxic substance that can kill nerves, in their breakfast and dinner meals.

Moreover, the Allamah expressed his opinion regarding those who are normalizing with Isreal, saying that normalizing is a sinister act that will harm those implementing it and harm the future generations after them.