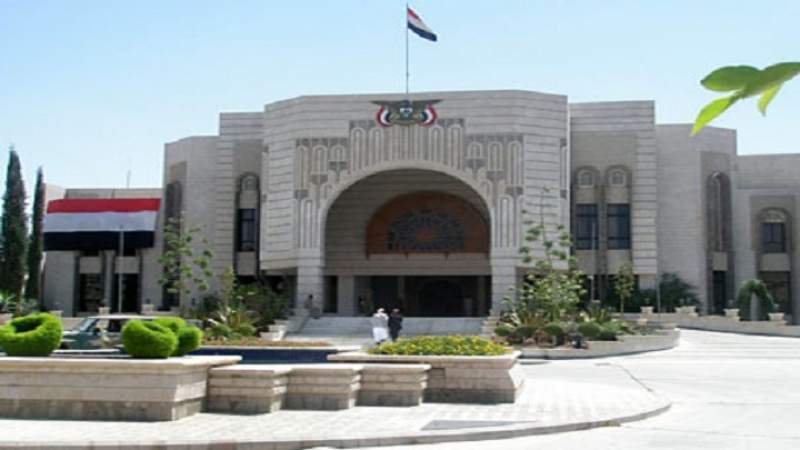 Today, Wednesday, the National Salvation Government in the Yemeni capital Sana’a, held a press conference to talk about the third report released by the UN Group of Eminent International and Regional Experts on Yemen.

The government confirmed that the UN experts repeated what it did in the previous two reports when it considered what is happening in Yemen is an internal conflict despite the numerous and overwhelming evidence that what is happening in Yemen is international aggression, noting that the group of experts ignored many of the violations, such as war crimes committed by the Saudi-led coalition aggression that were documented, the occupation of Yemeni governorates and islands, child recruitment and the use of internationally prohibited weapons and many others.

The government in Sana’a indicated that the UN group experts used diplomatic language when it was asked if there was a cooperation with the Saudi-led coalition and did not reveal the fact that the Coalition of aggression refused to deal with them and was prevented to visit places in Yemen they are occupying, unlike the National Salvation Government in Sana’a.

Moreover, the report did not explicitly mention the aggressive Saudi-led coalition’s use of the Yemeni economy and starvation as a method of its war, nor did it talk about the disastrous effects of that.

It also indicated that the UN experts’ report relied on unreliable and hostile sources, and that is because it was unable to visit various Yemeni regions and reach the sites of crimes and victims; thus, it equated the executioner and the victim and lacked justice and professionalism.

The government reaffirmed the need to form an independent international investigation committee to probe all crimes and violations committed by the countries within the aggressive coalition that is led by the Saudi regime against the Yemeni people, and to end the policy of impunity.

Lastly, the Salvation government declared to proceed with the investigation of war crimes and the siege and to reserve all claims mentioned in the report of the Eminent International and Regional Experts on Yemen.

It also reassured its commitment to facilitate their tasks and cooperate with them with any future tasks.