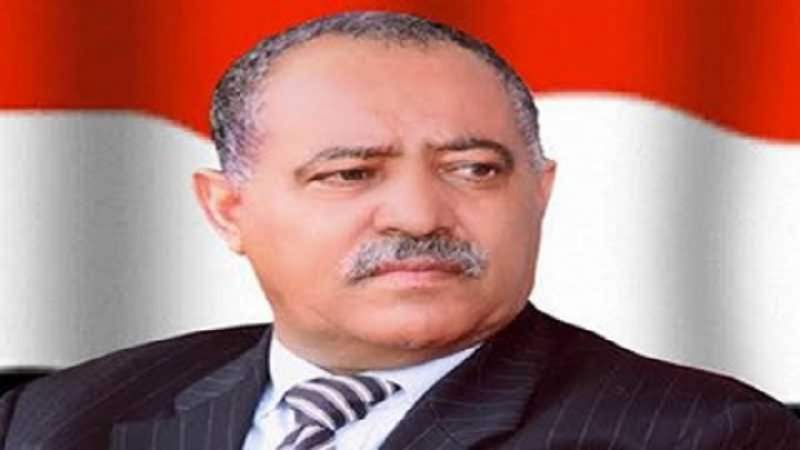 The Speaker of the House of Representatives, Yahya Ali Al-Raee, sent letters to the Secretary-General of the United Nations and a number of heads of parliamentary federations around the world, today, regarding the detention of oil, pharmaceutical, and food cargo ships and the continuation of the Saudi aggression and siege on the Yemeni people.

The following is the text of the message sent by the Speaker of the House of Representatives, to the Secretary-General of the United Nations, António Guterres, the United Nations Special Envoy to Yemen Martin Griffiths, the Secretary-General of the Asian Parliamentary Assembly Mohammad Reza Majidi, the President of the Inter-Parliamentary Union, Jaber Yalla Cuevas Barron, and the President of the European Parliament, David Sassoli:

We would like to inform you of the latest developments in the Republic of Yemen and the exceptional and difficult humanitarian conditions that the Yemeni people are going through due to the continuing intransigence and arrogance of the countries of the aggressive coalition on Yemen, for preventing the arrival of ships carrying oil, food and pharmaceutical products despite obtaining permits from the United Nations. Therefore, it is causing a humanitarian disaster and threatens to stop hospitals and vital and important service facilities.

It looks like the coalition of aggression against Yemen seems to not have been satisfied with the horrific massacres, war crimes, and genocide it commits daily against the Yemenis, so it has tightened its unjust siege to increase starvation and diseases by preventing the entry of ships loaded with oil, food and medicinal products, which are being detained by them, and they are currently holding about 20 ships at sea.

It is known that Yemen has been going through a difficult humanitarian and catastrophic situation, which is resulted from the continued detention of oil derivative ships in light of the silence of the international community, who bears the humanitarian, legal, moral and historical responsibility for the suffering of the Yemeni people and the consequent stopping of the activity of vital sectors, including the health sector represented by hundreds of hospitals and health facilities and letting thousands of sick patients die before you.

Thousands of children in hospitals are threatened with death in the first hours of the depletion of oil derivatives, along with thousands of patients with kidney failure and various diseases and epidemics, including the Corona pandemic.

Also, transportation, water, agriculture, and other vital and service sectors who are suffering and threatened with suspension in the event that their needs of oil derivatives are not available to ensure that they continue to provide their services to citizens.

We and the people of Yemen express to you our dissatisfaction for the failure of the international community, headed by the United Nations and all its institutions and bodies, to reach the hopes and aspirations of the Yemeni people regarding the criminal acts conducted by the countries of the aggressive coalition against the Yemenis and for nearly six years of killing, destruction, siege, and demolition of homes on the heads of their inhabitants, including children, women and elderly; thus, we consider this absolute silence a failure to perform the duties of the officials responsible for it towards the suffering of an entire people.

This is considered a violation of the divine laws, charters, norms, and international laws, and within the framework of practices that lead to the genocide of the Yemeni people, for it will result in the cessation of all sectors, establishments, and facilities of the state from work, which will lead the life in various fields to stop.

It is our responsibility as representatives of the Yemeni people that, as we appeal to the human conscience in you and all human and moral values, we call on you to carry out your duties by putting pressure on the countries of the coalition of aggression, led by Saudi Arabia and the UAE, to release all oil derivative ships detained at sea in order to avoid the occurrence of the disaster in its last moments and to save the lives of 30 million people threatened with death, for the fact that the release of one or two freighters does not meet the needs of the different sectors.

We also express to you our hope and the hope of the Yemeni people to adopt the honor of the initiative to do justice to the Yemeni people and end their suffering and to quickly take the necessary measures to release oil derivative ships to stop an impending and unprecedented humanitarian disaster, as well as to facilitate the entry of food, medicine and other requirements necessary for life; also, to open Yemeni ports and airports for all travelers and returnees, including Sana’a airport and the seaports of Hodeidah, continuously, and to prevent “pirates” from detaining ships carrying fuel, food, and medicine in the future.

Speaker of the House of Representatives in the Republic of Yemen

Oct.11: An Update of the Saudi Crimes, Violations in Yemen