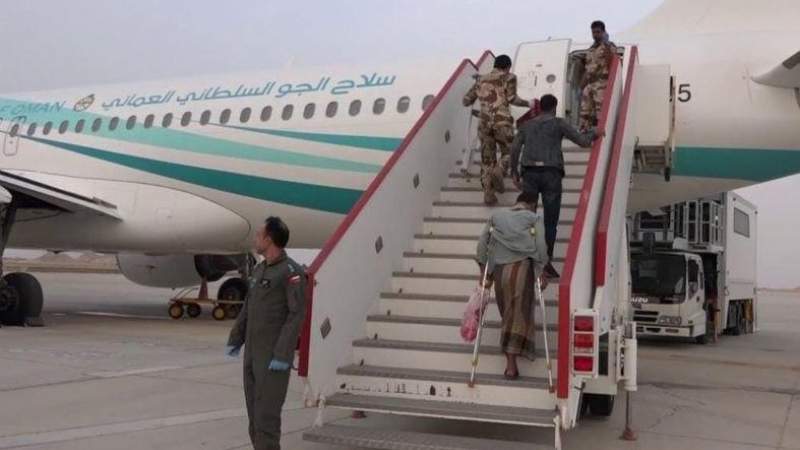 283 of war wounded return to Sanaa after receiving treatment abroad

About 283 of wounded Yemenis arrived today on Wednesday at Sanaa International Airport, coming from the Sultanate of Oman, after receiving the necessary treatment abroad.

Member of the Supreme Political Council, Mohammed Ali Al-Houthi, who was in forefront of those received the returnees at Sanaa Airport, welcomed the return of the wounded to the homeland after receiving treatment.

Al-Houthi called on the relevant authorities to pay great attention to the wounded in return for their sacrifices in confronting the aggression forces.

The Supreme Political Council member indicated that the blockade and ban on Sanaa airport would be lifted, and movement would return permanently to the airport.

Oct. 13: An Update of the Saudi Crimes, Violations in Yemen

The Increase of Brain and Nerve Deformities Due to the Toxic Weapons Used by the Aggression: MOH