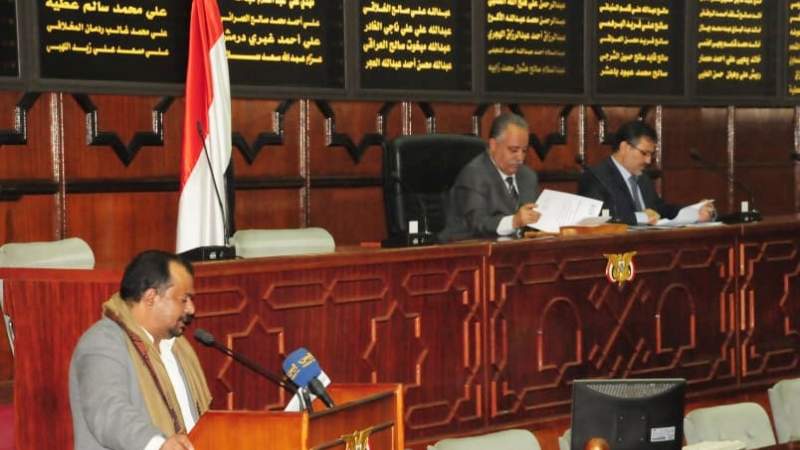 The Parliament, in its meeting on Sunday chaired by the Speaker Yahya Ali Al-Ra’e, condemned French President Emmanuel Macron’s statements, which are insulting to Islam and Muslims, as well as the frequent abuses to the Messenger Mohammed.

In the context of their discussions, the Parliament members emphasized that such abuses come within the framework of the Zionist scheme to target Muslims and their sanctities, considering these provocative statements one of the factors that incite hatred and fuel violence and extremism.

They called Arab and international parliaments to condemn and denounce these abuses and any acts that offend religions and beliefs.

On other hand, the Parliament members condemned the continued rush of some Arab rulers towards the normalization with the Israeli occupation entity, in reference to the measures taken recently by the Sudanese regime.

They expressed their rejection of all forms of normalization with the Zionist entity and their support for the Palestinian people and their right to establish the Palestinian state with Al-Quds city as its capital.

The New Step , In A New Exchange Deal For All Prisoners.

Nov. 30: An Update of the Saudi Crimes, Violations in Yemen