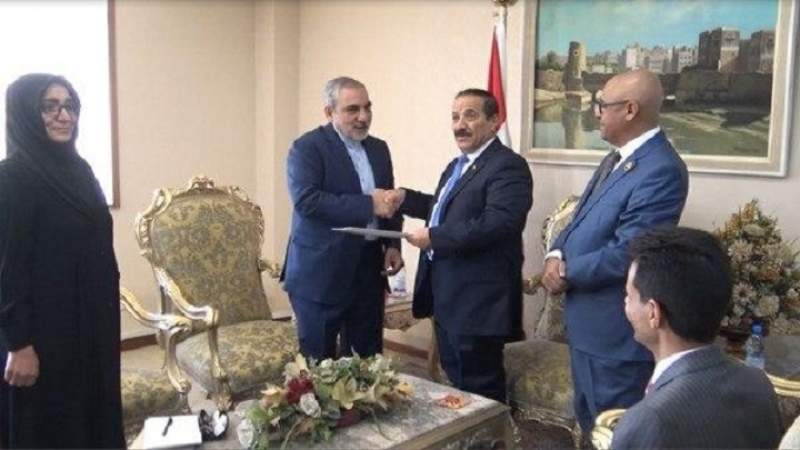 Minister of Foreign Affairs, Eng. Hisham Sharaf Abdullah, on Tuesday, received a copy of the credentials of Hassan Irloo as the Extraordinary and Plenipotentiary Ambassador of the Islamic Republic of Iran to the Republic of Yemen.

During the meeting, the Foreign Minister welcomed the Iranian ambassador, wishing him success in his duties.

Moreover, the Yemeni foreign minister praised Iran’s support in calling for an end to the aggression and siege imposed on Yemen, which is as well appreciated by the Yemeni people.

The Foreign Minister expressed his aspiration to enhance bilateral relations between the two countries in various fields.

He affirmed the ministry’s readiness to provide all necessary facilities to the Iranian ambassador to perform his duties.

For his part, Ambassador Hassan Irloo expressed his happiness with his appointment in Yemen, stressing that Iran will spare no effort to achieve peace in Yemen and end the suffering of the Yemeni people.