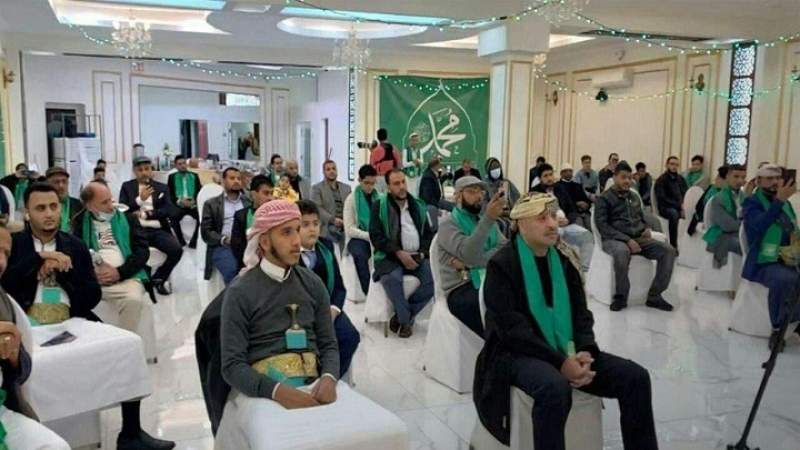 In the event, members of the Yemeni community affirmed their rejection of the Saudi aggression against their country and their support to the Prophet and their Yemeni people from the global arrogance.

The Yemeni expatriates sent a message to the world and slammed the French President Macron who offended the prophet (messenger). They assured that they will take the path of the Great Messenger and his family, and any given assaults to him is a red line that no one should cross.

They called upon the Islamic nation to move in support of the prophet of Allah in the face of the arrogant forces that are trying to obliterate the religious identity of the nation and keep it away from its identity through the “soft war” waged by the media.

The event included some chants and expressive words that indicated in their entirety that the veneration of the Yemeni community’s members of the Prophet’s birthday shows the extent of the Yemeni people’s love and association with the great prophet.

Oct.30: An Update of the Saudi Crimes, Violations in Yemen