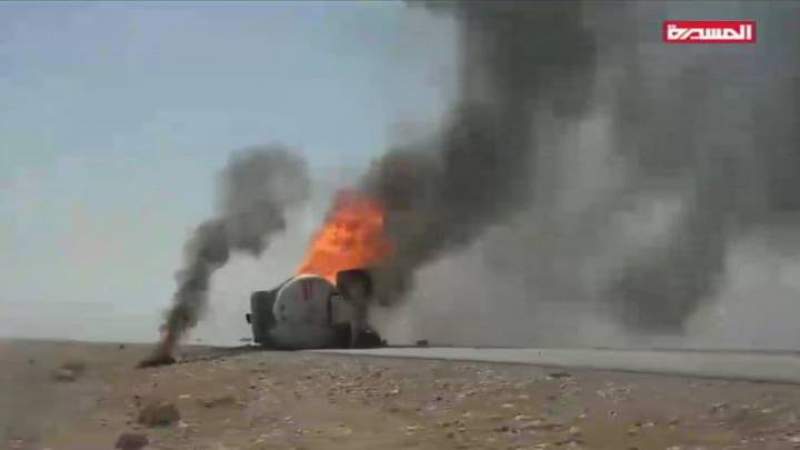 A Civilian Killed and Another Wounded by Saudi Airstrikes in Marib

Today, Friday, a citizen was killed and another wounded after the airforce of the US-backed Saudi-led aggressive coalition targeted the highway in Majzar district, Marib Governorate.

The Saudi airstrikes on the Jadaan road, in Majzar district, targeted a gas truck loaded with gas, which led to the death of a citizen and wounding of another, in addition to destroying the tanker truck completely.

The aggressors have been brutally committing crimes and massacres against civilians since March 26, 2015 (the beginning of the Saudi aggressive coalition), which violates the international laws under international complicity

Crimes against humanity are committing in Yemen