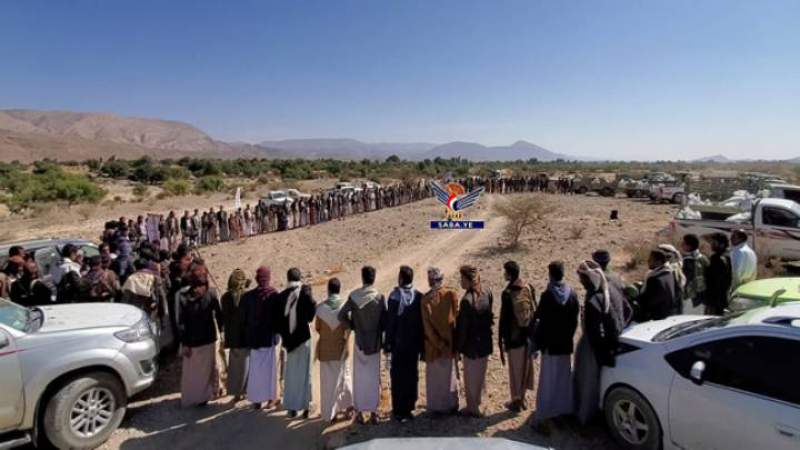 The people from the tribes of “Mothab” in Al-Safra district, Saada Governorate, sent out support to the fronts in the remembrance of the Prophet’s birthday, in addition, to support those stationed in the fronts who are achieving victories over the aggressors.

The convoy contained 150 sacks of the corn crop. The people of the tribe stressed, during their armed rally, their steadfastness in the face of the Zionist and American aggression as well as their contribution to defending the homeland.

Participants assured their continuation of steadfastness and defending the homeland until victory is achieved. They praised the victories made by the Yemeni army and the popular committees against the US-backed Saudi-led aggressive coalition and its local mercenaries.