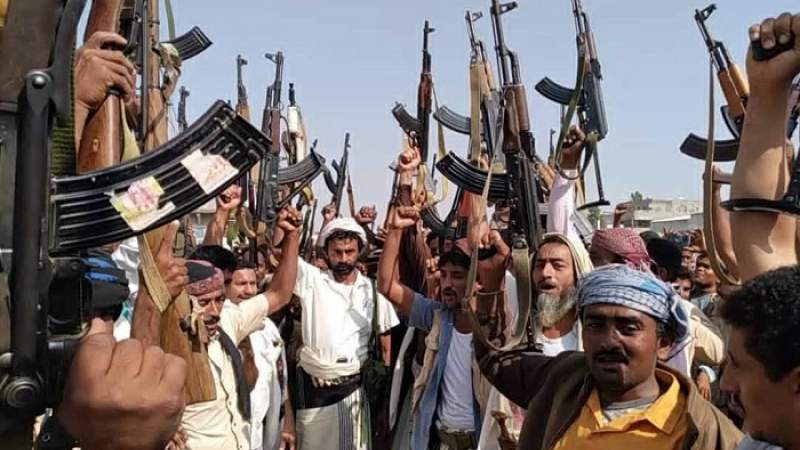 Members of the Zaraniq tribes in the Beit Al-Faqih district, Hodeidah province, organized a protest, on Thursday, which condemned the crime committed by the Saudi-UAE aggressors and their mercenaries on the Al-Mansour Wedding Hall.

The participants in the tribal rally, in the presence of the director of the district, Hussein Sahl Zain, the Deputy Director of the Governorate’s Security, Lieutenant Colonel Adel Abdullah and Sheikh Mohammed, Sheikh of the Zaranik tribes, denounced the continuation of Saudi crimes against civilians and the siege that has been going for more than six years.

A statement issued by the rally condemned the crime committed by the aggressors against civilians in the wedding hall, and the continuous military escalation on Hodeidah governorate that has resulted in civilian casualties.

Moreover, the statement denounced the ongoing breaches against the Stockholm Agreement, which was agreed upon by the two rivals and prompts them to reach peace in the province.

The men of the Zaranik tribes announced that they would continue to support the army and the popular committees financially and with recruited men, warning the Saudi-UAE aggressors of any further escalation in the province.

Jan. 7: An Update of the Saudi Crimes, Violations in Yemen