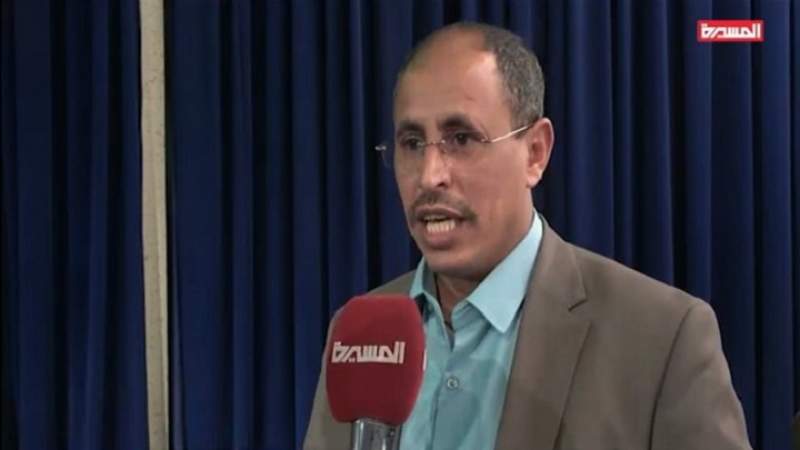 The US Terror Designation of Ansarallah Is Because of Political Issues in the US: govt. Spokesman

The spokesman for the Salvation Government, Dhaifallah Al-Shami, said today, Monday, that America is the head and sponsor of international terrorism, noting that Hillary Clinton’s statement about the establishment and arming of ISIS is now known to the world, and all of them are lining up in one coalition against Yemen.

Al-Shami confirmed to a source that the American decision resulted from the battles and crisis happening in the US as the current administration is about to step down and Trump leaving the white house.

The US terror designation was for helping out the Saudis and Emiratis, as Minister Al-Shami explains, saying that the declaration of a group, who are Yemenis, as terrorists will not end the fact that the US is participating in the aggression and siege on Yemen.

“The American classification will not affect our military or social path, but rather we will increase in strength and determination to confront America,” he added.

The spokesman of the Salvation government said that the American decision did not make any difference, but it has cutout any paths that could lead to peace negotiations and stop the Sadi-led aggression and siege.

Al-Shami noted that the US seeks to prolong the war, assuring that they will always be there to confront the aggressors and defend the country.

Houthi Condemns US Terrorist Designation, Retains Their Right to Respond