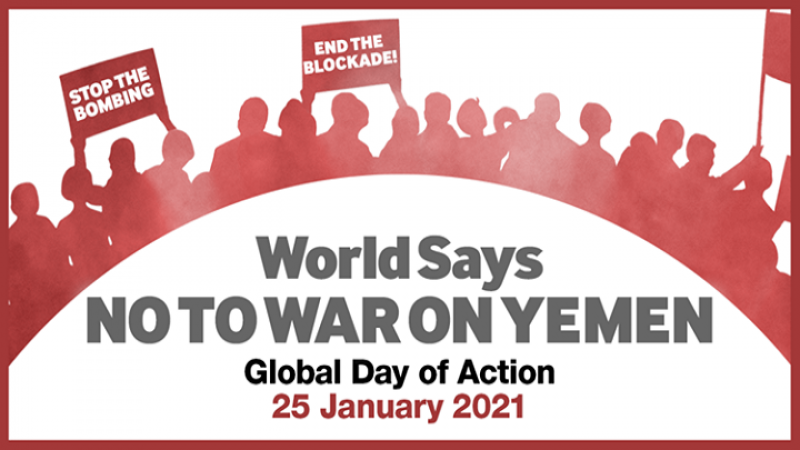 Multiple events have been taking place today, Monday, in Yemen and a number of countries worldwide, to call for an end to the Saudi-led coalition aggressive war on Yemen that has been going on for six years.

Yemen is threatened to face a humanitarian catastrophe the world has witnessed, coinciding with the declaration of Ansarullah as a terrorist group by the administration of former US President Donald Trump.

On the International Day against the Saudi war on Yemen, Mohammed Al-Bukhaiti, a member of the political council of the “Ansarullah” movement, confirmed in statements transmitted by the Al-Mayadeen channel website today that Washington’s designation aims to intimidate Yemenis, adding that this terror designation in an attempt to pressurize the people of Yemen will not work.

“We are not concerned with what the Biden administration is doing because the United States is participating in the aggressive Saudi-led war,” Al-Bakhiti said, stressing that the US will regret this decision.

In addition, a campaign on Twitter started under the hashtag:#DayofAction4Yemen, to show the impact of the US-backed Saudi-led war and its consequences on civilians of Yemen.