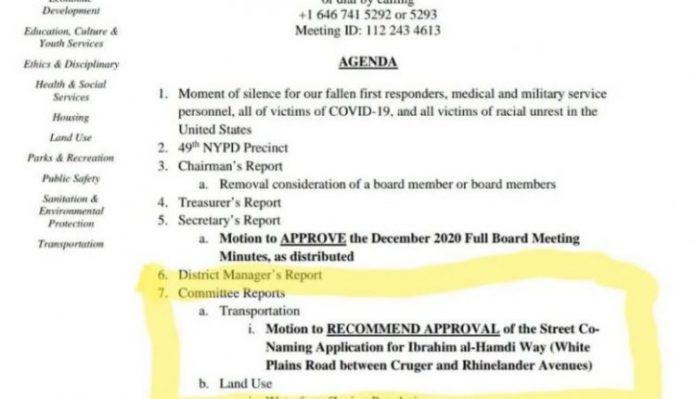 The state of New York authorities has named one of its main streets after the martyred president of The Republic of Yemen, President Ibrahim al-Hamdi.

An official memorandum obtained by al-Thawra Net confirmed that the Board of Directors of Prince City approved the name of the street.

The street is located between two main streets, Korger and Reinlander.

The Yemeni community in New York had applied to name one of its streets in honor name of President al-Hamdi and referred this request to a specialized committee to study it.

The committee formed after studying the proposal and admiring the personality of al-Hamdi submitted its report recommending the approval of the proposal to name the main street in honor of the martyr.

Jan. 31: An Update of the Saudi Crimes, Violations in Yemen