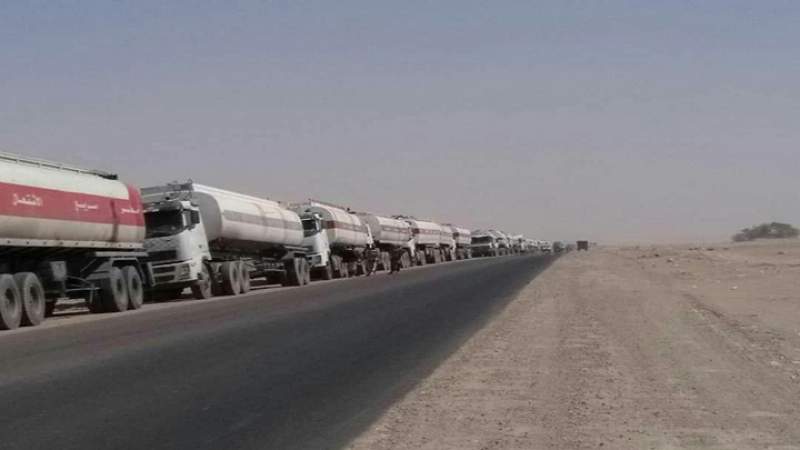 Warnings of the Haltage of Industrial, Service Business Due to Saudi Detention on Oil Ships

The Ministry of Industry and Trade has warned that more than 1,200 industrial and commercial establishments have been halted in various governorates due to the detention of oil ships by the Saudi-led aggression.

The ministry stated in a statement issued today, Sunday, that the seizure of oil derivative ships threatens to disrupt economic and service activities, as well as double the suffering of the Yemeni people.

The statement stated that the losses suffered by the private sector, both service and industrial , as a result of preventing the entry of oil ships into Yemen.

The ministry indicated that the haltage of the industrial and commercial activities, due to the detention of oil tankers, affects the supply of food and medicine to citizens, which threatens from a humanitarian catastrophe.

Moreov,er it denounced the shameful silence of the international community, the Security Council, the United Nations, and human rights organizations regarding the crimes committed by the aggressors and their denial of entring oil ships to the port of Hodeidah, despite obtaining permits from the United Nations.

The Ministry held the United Nations the full responsibility for not respecting its statements and pressuring the aggressive Saudi-led coalition to allow the entry of ships to the port of Hodeidah.

The Ministry renewed its demand to the United Nations, human rights and humanitarian organizations and the international community to fulfill their legal and moral responsibilities and pressurize the Saudi aggression to urgently release the ships carrying oil to avoid unfortunate consequences.