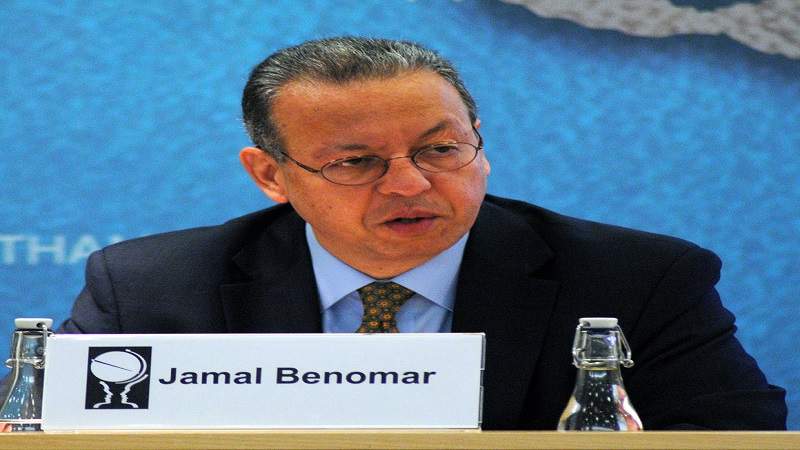 Benomar Accuses the Un of Failing in Yemen, Calls for the Revocation of Resolution 2216

The former UN envoy to Yemen and Special Adviser to the Secretary-General of the United Nations Jamal Benomar reiterated that the war declared by the US-Saudi coalition on Yemen, in March 2015, came at a time when the parties had already reached a consensus on the form of the executive and legislative powers, security arrangements, and the schedule Timeline of the transition process, and the agreement was on the table.

In an article published on the Newsweek magazine, Jamal Benomar confirmed that Security Council Resolution 2216 provided a cover for the atrocities that followed, noting that it was a resolution drafted by the Saudis, and quickly carried by the United States, Britain and France to a council that is supposed to be concerned with ensuring international peace and security.

Benomar pointed out that the Western party who took Resolution “2216” to the Security Council knew that demanding Ansarullah, who are in control of the land with most populations and have the priority in the field, to surrender to a government living in a hotel and exiled in Riyadh was not realistic or acceptable.

Russia was their concern, however, for they would veto the “2216” resolution, but they were mistaken! Moscow, which felt there was an opportunity as well for them to benefit from trade deals with Saudi Arabia, abstained from the vote, removing the only obstacle to adopting the resolution.

“Ironically, this impractical decision still constitutes to this day the framework for all mediation processes supervised by the United Nations, ” an unsuccessful mediation certified by the six years of this war,” Benomar said.

Benomar called for promoting a new resolution in the Security Council, which provides a different framework for a broad and comprehensive negotiation process that equates all Yemeni parties, including civil actors that have distanced themselves from the fighting, and this framework must include Ansarullah, the “Houthis.”

“Despite billions of arms sales to the countries of the Saudi-led coalition, the Houthis still control half of the country and continue to advance from time to time,” Benomar said, calling on the United States to move away from dictates.

Benomar stressed that Yemenis should be given the opportunity to freely decide their future without interference or coercion from outside forces.