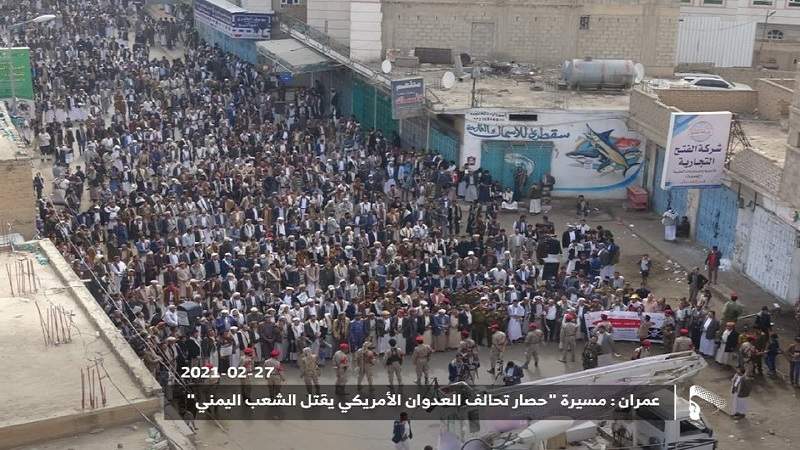 Today, Saturday, the city of Amran witnessed a massive rally under the slogan “The US-Coalition Siege is Killing Yemeni people.”

The participants condemned the US-backed Saudi coalition’s detention of oil derivatives ships and preventing them from entering the port of Hodeidah, stressing the rejection of the starvation policy pursued by the US and its allies against the Yemeni people for six years now.

The protesters considered the international silence on the US-Saudi crimes and siege on Yemen as a green light to continue their brutality against the Yemeni people, in blatant violation of all international norms, charters, and humanitarian laws.

A statement issued by the mass rally affirmed that the US blockade on Yemen is a crime of genocide and a crime against humanity, and the international community along with the United Nations are complicit with the aggressors against the Yemeni people.

The statement of the demonstration held the United States and the rest of the countries, participating in the aggression against Yemen, fully responsible, ethically and legally, for all damages, effects, and humanitarian repercussions resulting from the continuation of the blockade.

Moreover, the statement called on the aggressive countries to quickly release the oil tankers, food, and medicine ships that are currently being held at the sea.

It also called for the cessation of the aggressive war, lifting the siege and stopping all foreign interference in Yemen’s internal affairs. 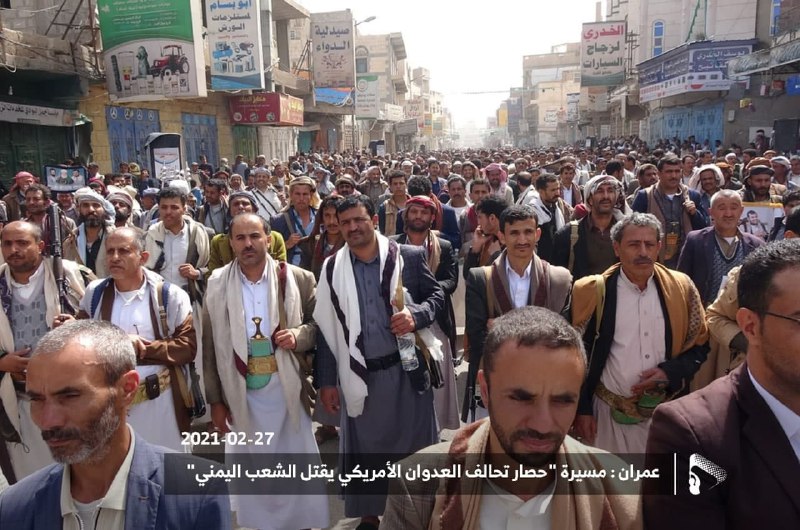 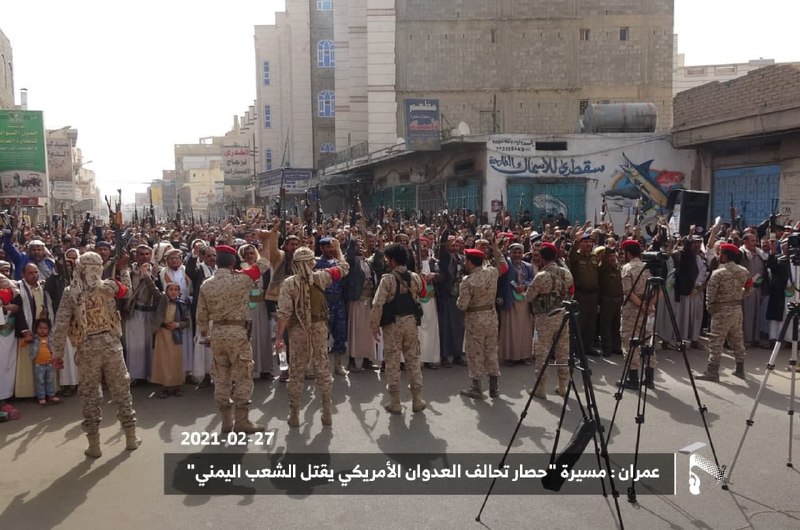 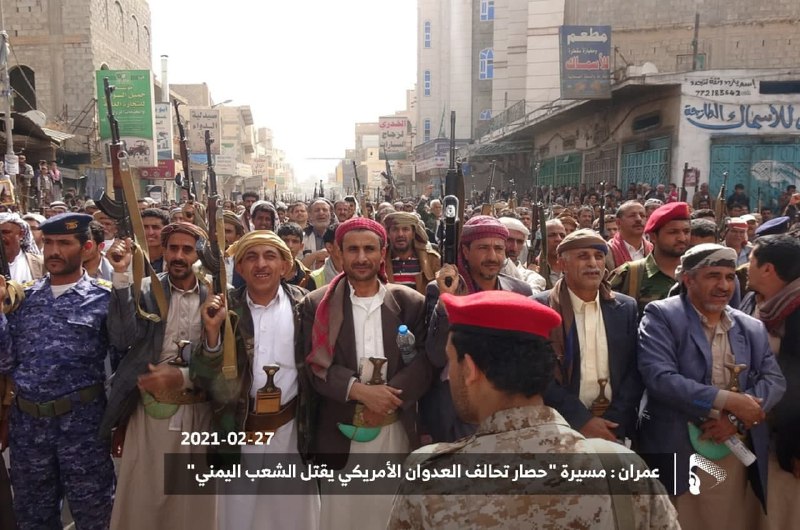 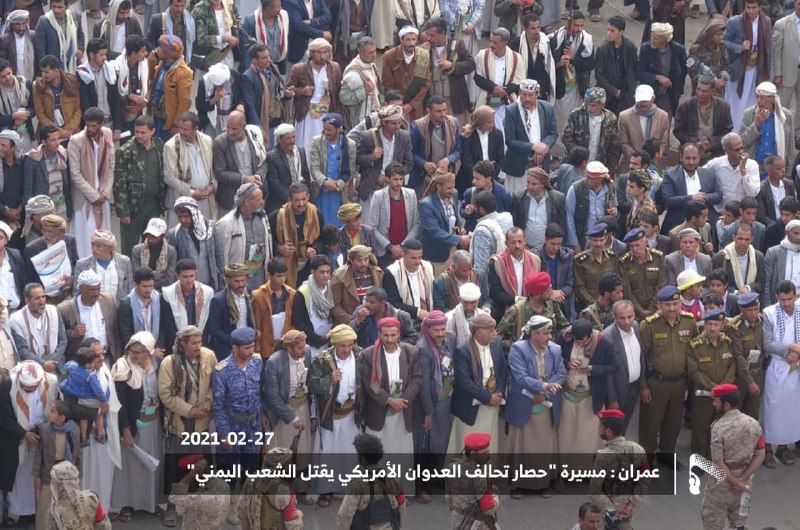 Ministry of Human Rights condemns massacre against civilians in Hodeidah