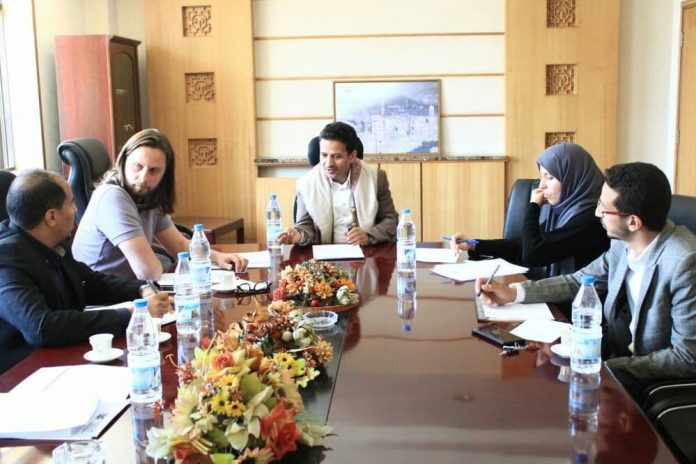 During the meeting the, al-Ezzi affirmed the government’s keenness to provide all support and facilities contributing to the success of the works carried out by UNHCR in the country.

Al-Ezzi briefed Jean-Nicolas on the accidental fire that broke out in the sheltering center for illegal immigrants at the Immigration and Passports Authority, stressing that some international humanitarian organizations disavow their duties, which reflects negatively on the targeted groups, especially in light of the coalition’s focus on the siege and the systematic destruction of the country’s infrastructure for six years.

Meanwhile, the UNHCR’s official stressed the commitment of the organization to the continuous cooperation and coordination with Yemen, as well as the full commitment to responsibility towards refugees and asylum seekers in accordance with international standards and the national laws of Yemen.

March 13: An Update of the Saudi Crimes, Violations in Yemen

A Woman Killed, Son Injured, After a Saudi UAV Strike