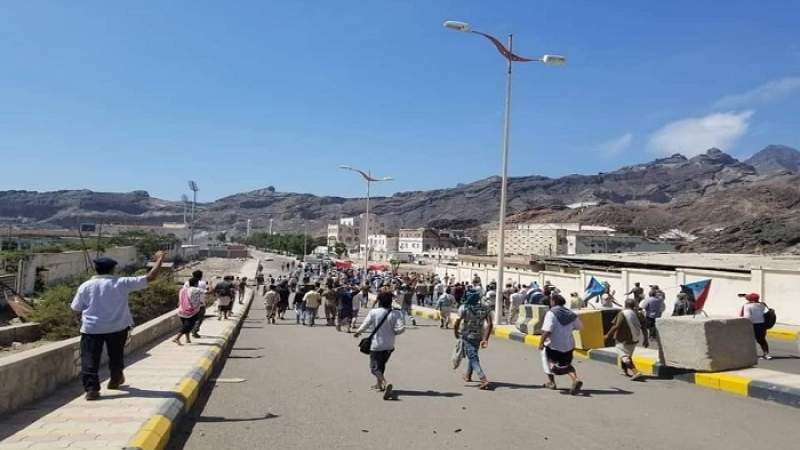 Dozens of demonstrators stormed this morning, Tuesday, the Ma’asheeq Presidential Palace, where the ministers and other members of the false government use as their headquarters in the occupied city of Aden. The demands of the protestors are to pay the salaries of the public sector.

According to media sources in Aden, the protest began in the morning in the Banks’ field in Crater area, and then set off to the presidential Palace.

The demonstrators are demanding an end to the collapse of the local currency, the payment of salaries and the provision of services, which the mercenary government, loyal to the Saudi forces, has caused.

The occupied territories suffer from an unprecedented collapse of the local currency (Rial), for one dollar has risen up to 915 Yemeni Rial.

This is a result of the policies conducted by the Saudi aggressors and their mercenaries, who continue to print Yemeni banknotes without a cover; thus, affecting the livelihood of citizens and increasing the prices of goods.

Abdulsalam: the US knows exactly what needs to be done in order to stop the war

The US Targeting of Yemen’s Military: The Moral Guidance Department Reveals