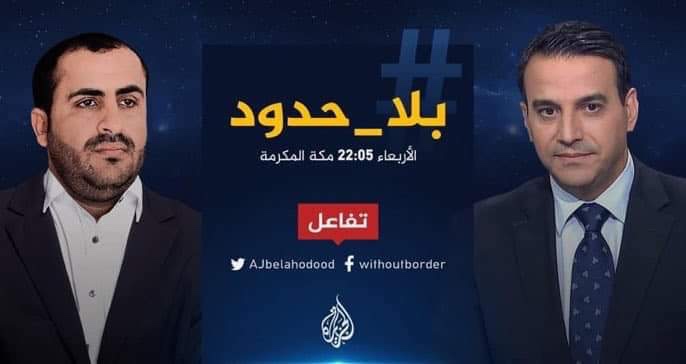 The head of the national delegation, Mohammed Abdulsalam, reiterated that Yemen is ready to reach a solution that stops the war and enters into a political settlement, stressing that Yemen does not accept bartering between the humanitarian, military and political files, and swap the humanitarian file for the military and political, in reference to the plan proposed by America that puts Fatah Hodeidah port and Sanaa airport in exchange for stopping the legitimate defensive Yemeni operations against the countries of aggression and its mercenaries.

Mohammed Abdulsalam said that what the Americans presented through their Envoy Linder was a previous plan known as the “Joint Declaration” that Saudi Arabia had previously presented. He said that it is difficult to describe what the American envoy presented a new plan, explaining that there are current discussions going on about new ideas to create a new framework. On the basis of separating the human aspect from the political and the military.

“We proposed that the first stage be the opening of the port and airports in the face of the humanitarian situation, then the strategic ceasefire, that is, ballistic missiles, drones and Saudi strikes,” said Muhammad Abdul Salam in an interview with the Qatari Al-Jazeera channel.

Abdulsalam indicated that when the other side is ready to separate the humanitarian side from the military track, then we will be ready for negotiation, he asked: Do the Americans need permission from us to lift the blockade? The issue is in their hands and not in ours, and if they announce a ceasefire and lift the siege, we will be ready to deal positively with these steps.

He added, “Stop the fire and lift the siege, and we will be ready to accept these steps immediately. We have only received messages through the Omanis and we have not met the Americans yet, but there is no problem in meeting them when we see the seriousness of them.”

The head of the national delegation said, “We boycotted the meetings with the UN envoy because he used the meetings to raise his briefing to the Security Council not for the sake of our people.

Regarding the battle of Ma’rib, Abdulsalam said that it has been burning since the beginning of the war and is one of the most important military bases for the occupation. This is the testimony of the governor of Marib, appointed by the other party, ”he said, pointing out that the other party rejected the nine points that we raised regarding Marib and handed them over to all concerned authorities.

He said, “If they respond to the nine points that we put forward many problems, Marib and Yemen have could have been avoided.

He continued” We are in the position of defenders, and when the noose on the leadership of the coalition and the mercenaries became tight, the international voice rose, and he emphasized that the international community turns a blind eye to the great suffering of the Yemeni people. As a result of the siege and aggression.”

He pointed out that no matter what Saudi Arabia’s weapons are, there is nothing new, Turkish and Chinese aircraft and even the American and fallen by the Yemeni air defenses.

Yemen welcomes all calls for peace