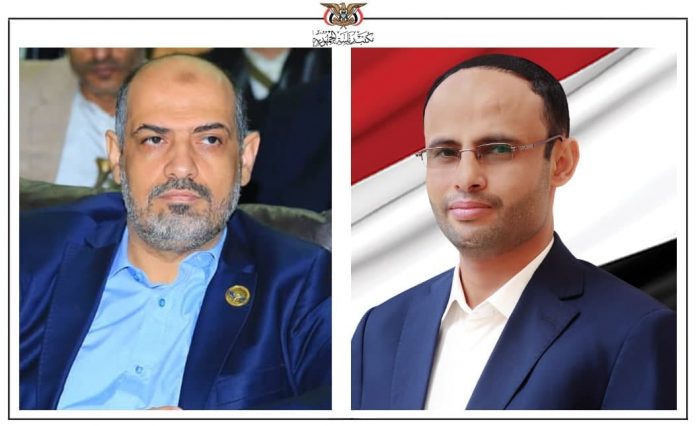 President of the Supreme Political Council, Mahdi Al-Mashat on Sunday sent a cable of condolences to the family of the Minister of Transport, Major General Zakaria Yahya Al-Shami, who passed away today from an incurable disease he suffered.

In the condolences cable, President Al-Mashat expressed his deepest condolences to the deceased’s father, brothers, sons, all his family members, and his colleagues, and the country in general for this tragic loss, asking Allah Almighty to cover him with the breadth of his mercy.

The president praised the role of the deceased, who presented the finest national models with his active presence in all sectors of the state.

He pointed out that the deceased, Al-Shami, had an honorable role in confronting the US-Saudi aggression, and he was one of the best sincere national cadres that achieved great success in all the positions he held, the last of which was Minister of Transport in the National Salvation Government.

March 21: An Update of the Saudi Crimes, Violations in Yemen

Abdulsalam Emphasizes on Ending the Aggression, Siege on Yemen