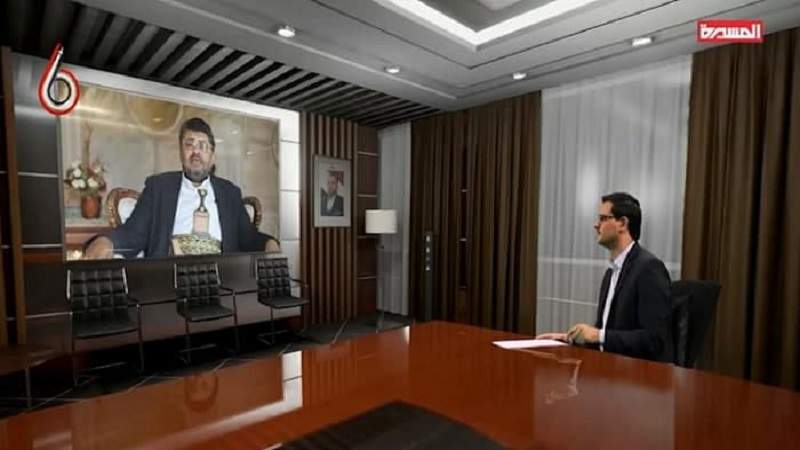 An Interview of Mohammed Al-Houthi, part of the Supreme Political Party in Yemen

In an interview with the Al-Masirah Arabi channel on Wednesday, the member of the Supreme Political Council, Mohammed Ali Al-Houthi, confirmed that the Republic of Yemen is depending on Yemeni experts in the military industry.

“There are achievements in the agricultural sector and other sectors, and there is a supervision from the leader of the revolution and the political leadership of this sector,” he said.

“We presented a vision concerned with the educational sector to the Ministry of Higher Education, which is currently being studied by the ministry, and we are working to achieve a huge leap in this field,” he noted.

“The blockade and aggression are delaying the implementation of many steps in the national vision for building the state, but we call on the brothers in various institutions and ministries to continue to work hard to overcome all challenges,” he added.

Regarding revenues, Mohammed Ali Al-Houthi said the refusal of the other party of this initiative really proves who is obstructing the payment of salaries.”

Moreover, Al-Houthi explained that the British role is not good, as Britain is participating in the aggression on Yemen, and their fighter jets and team of experts are working with the Saudis to bomb and kill Yemeni civilians.

He also made clear that the Russian role has been weak so far, hoping that Russia would take a strong position in opposing the aggression and siege on Yemen.

Houthi: War on Yemen is Directed by US and Israel, Implemented by Saudis