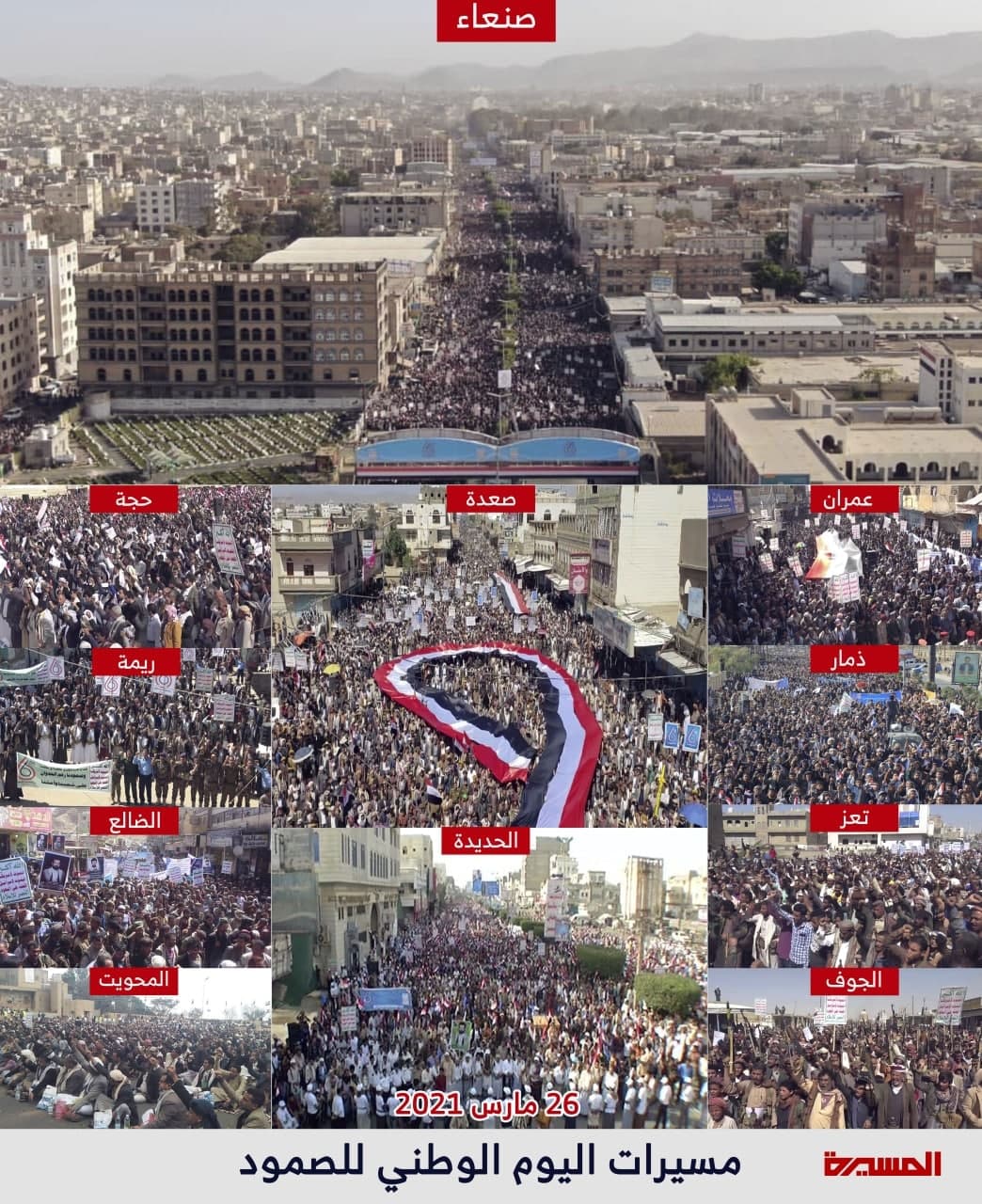 The people of Yemen, on Friday, went on mass rallies on the National Steadfastness Day that marks the beginning of the Saudi aggressive war against Yemen, which now has entered its seventh year.

In Sana’a, In Ibb, Al-Mahweet, and other governorates, mass crowds gather to confirm the independence of sovereign decision, and the awareness about the US’s plans in the region and its colonial projects.”

The participants in the rallies denounced the continuation of the US-Saudi aggression coalition in imposing an unjust siege on the Yemeni people and detaining fuel ships.

The statement also affirmed that coming in the seventh year with achievements and victories, and at the same time Yemen seeks real peace that guarantees sovereignty, security, and stability.

They called on the countries of aggression to stop their aggression and lift the siege completely and comprehensively. 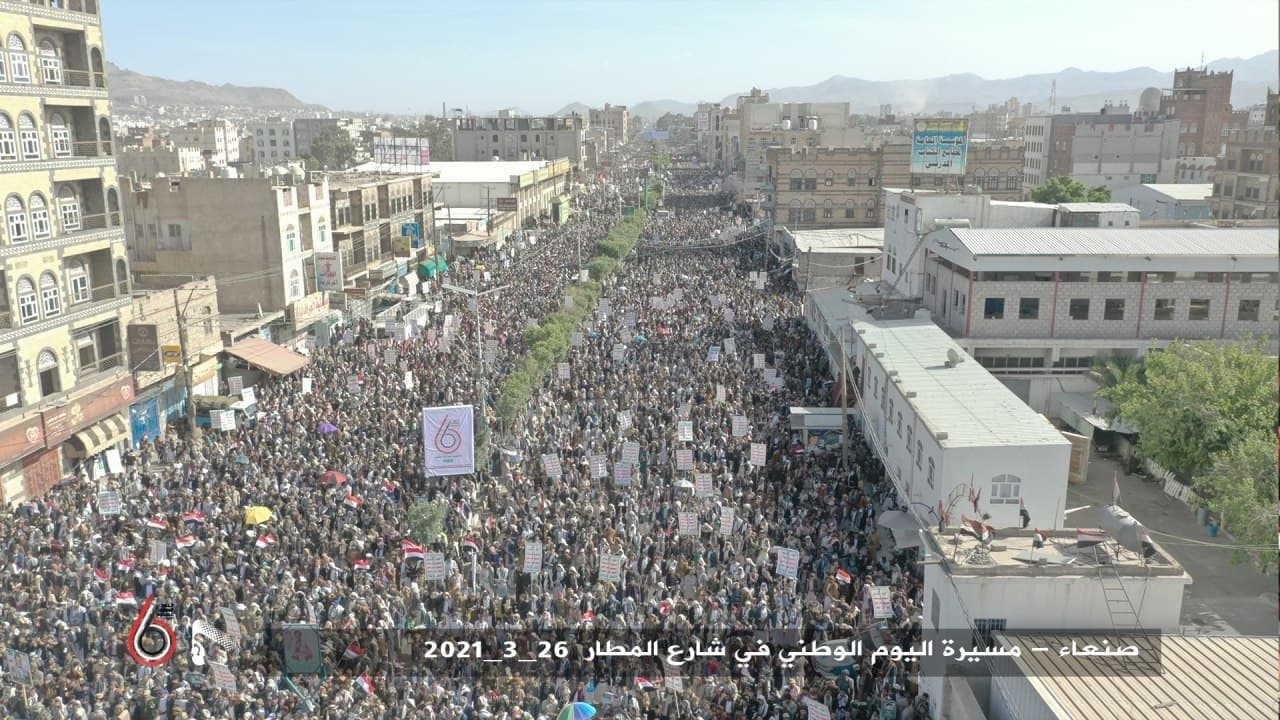 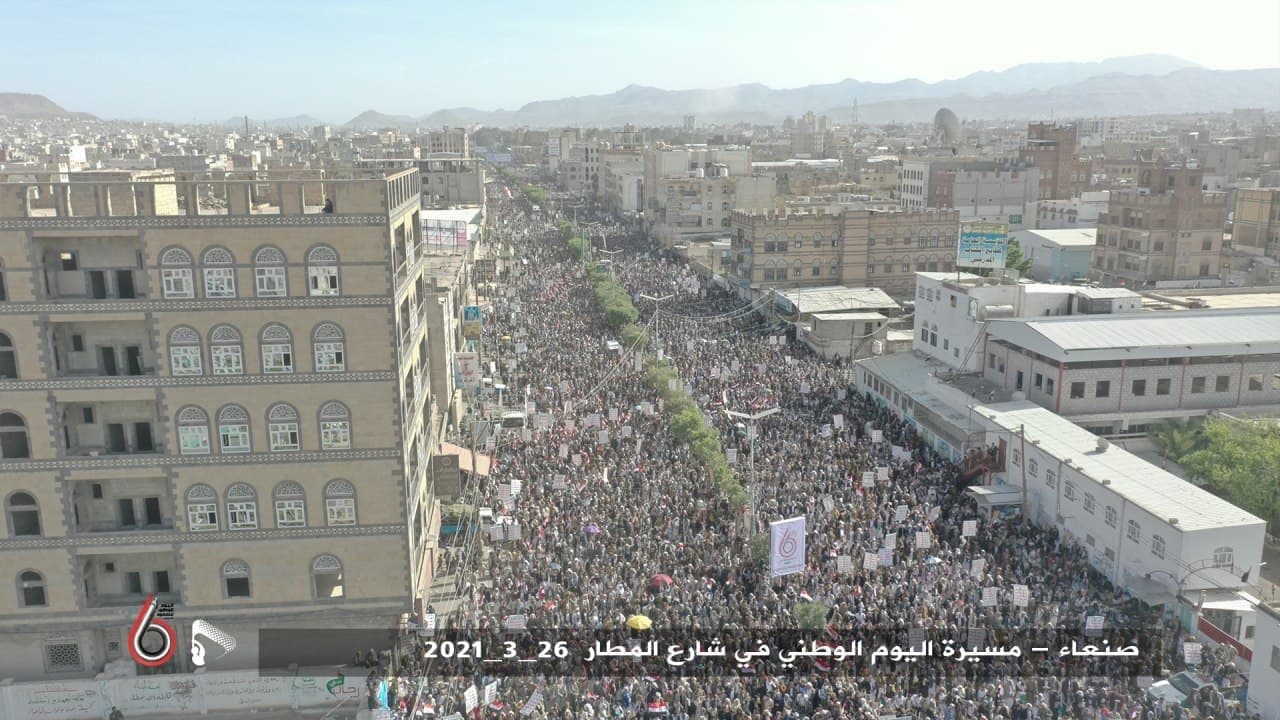 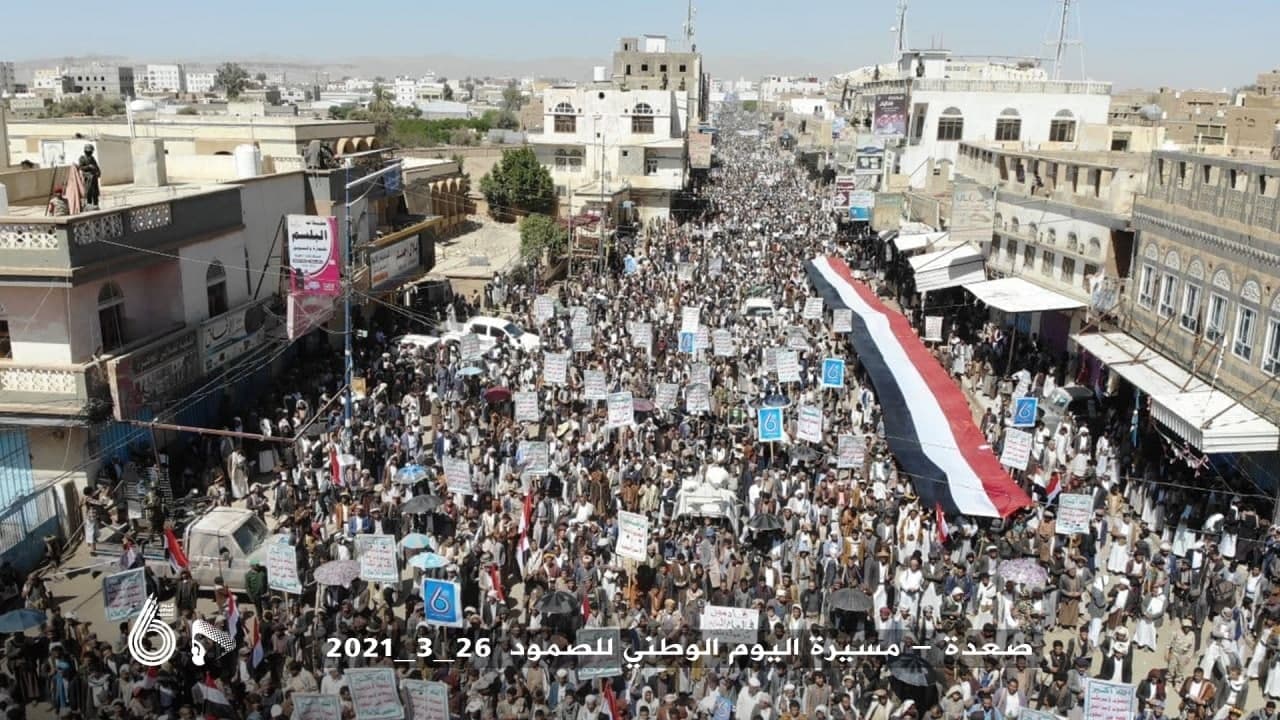 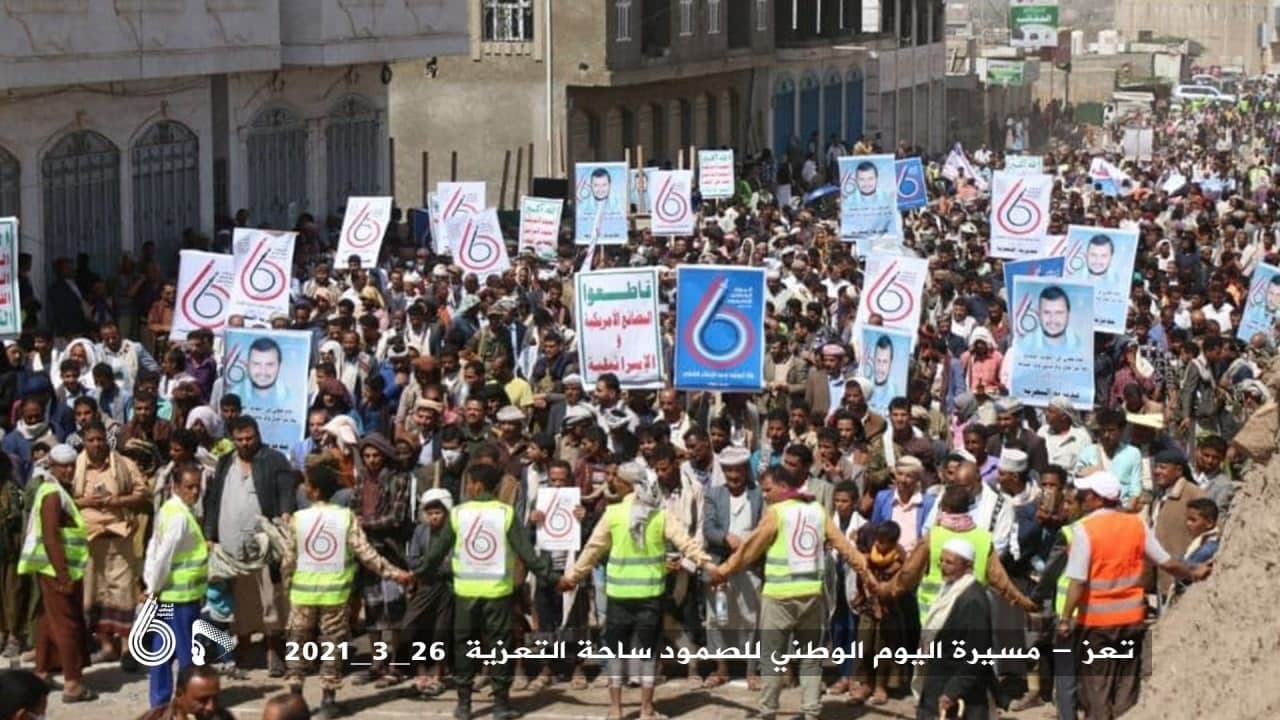 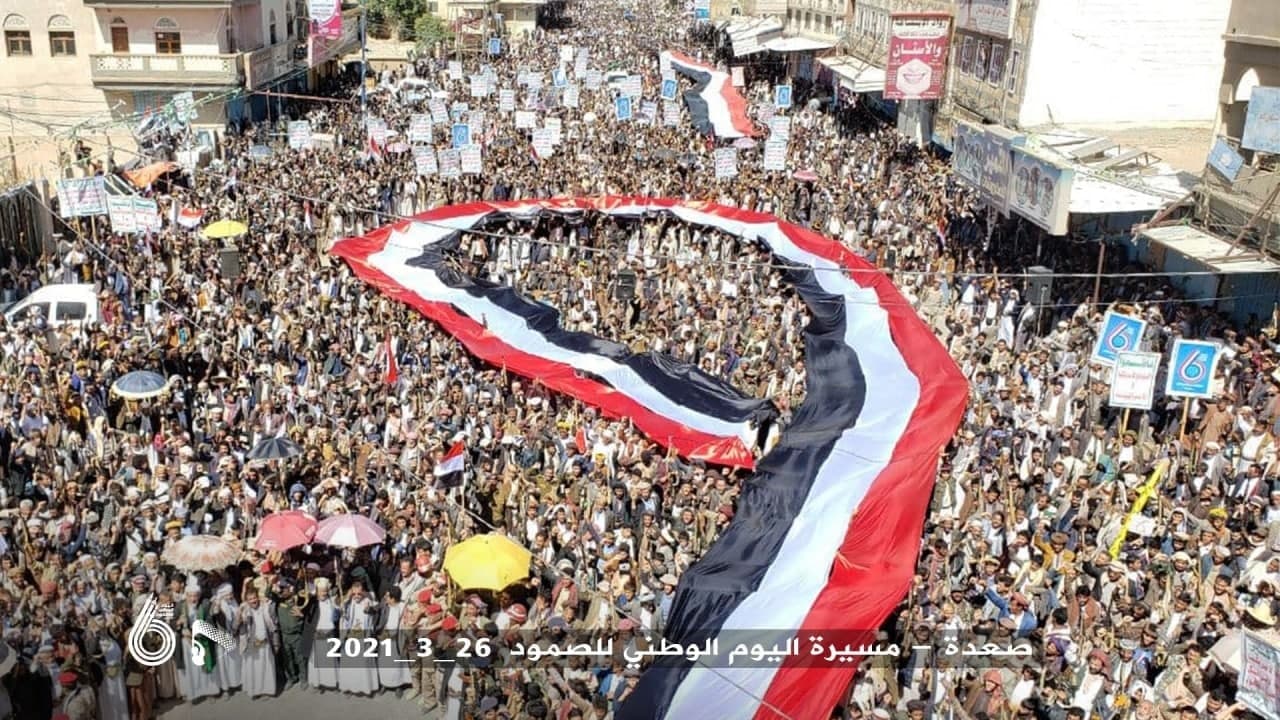 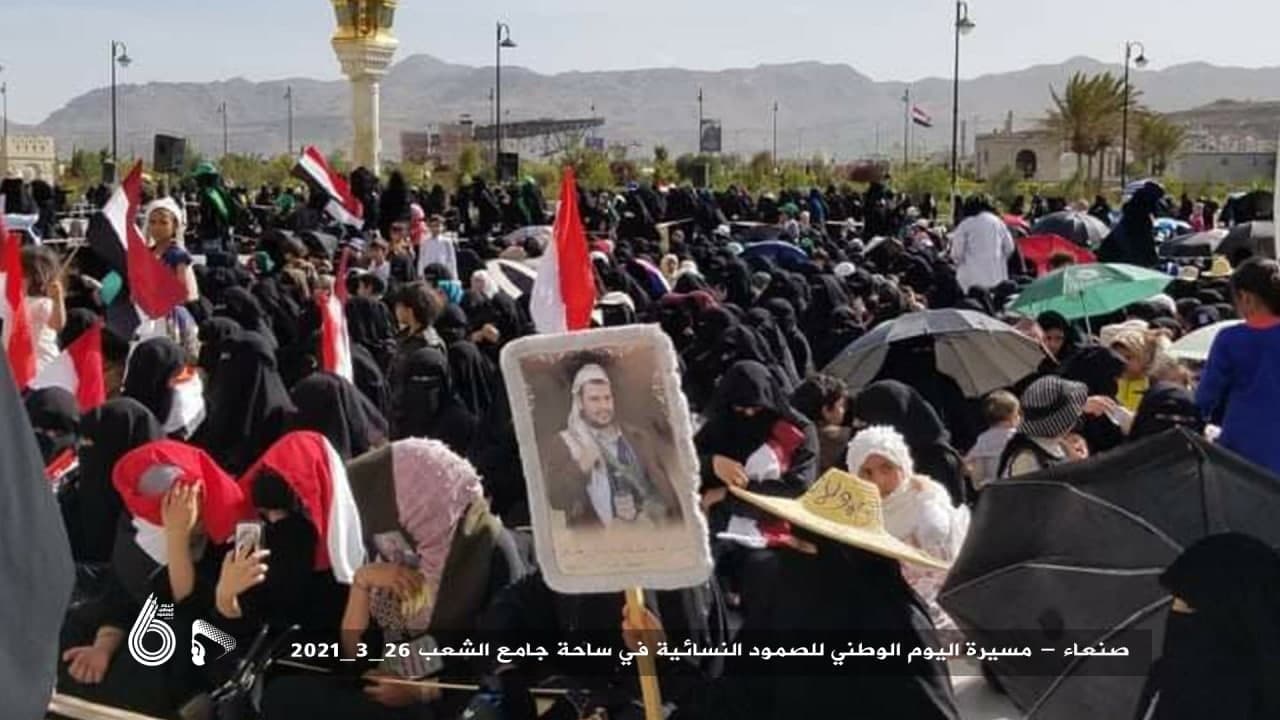 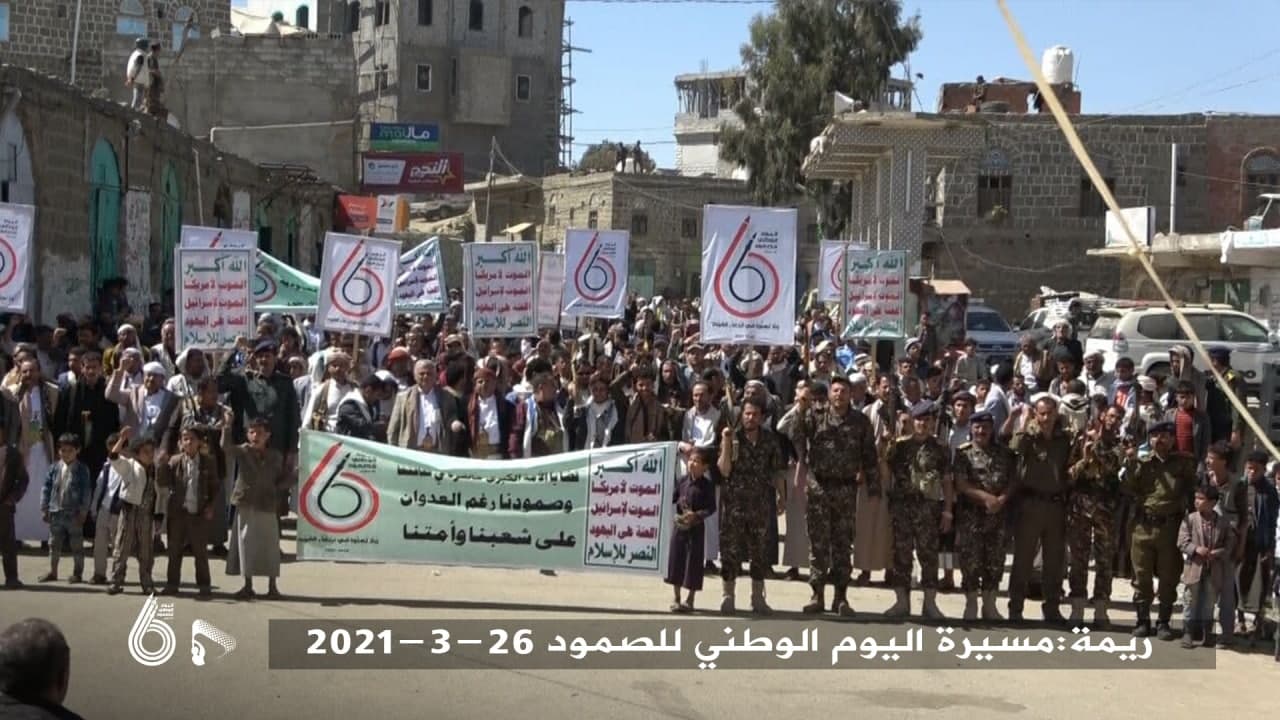 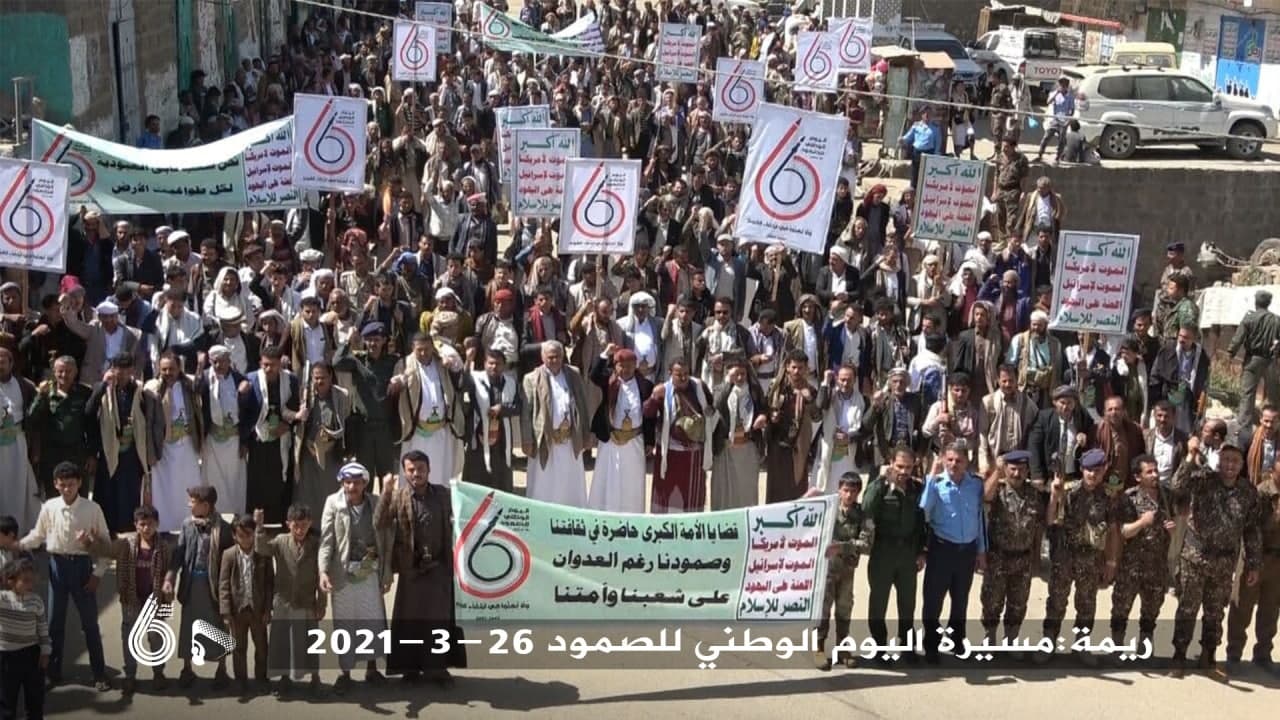 March 26: An Update of the Saudi Crimes, Violations in Yemen