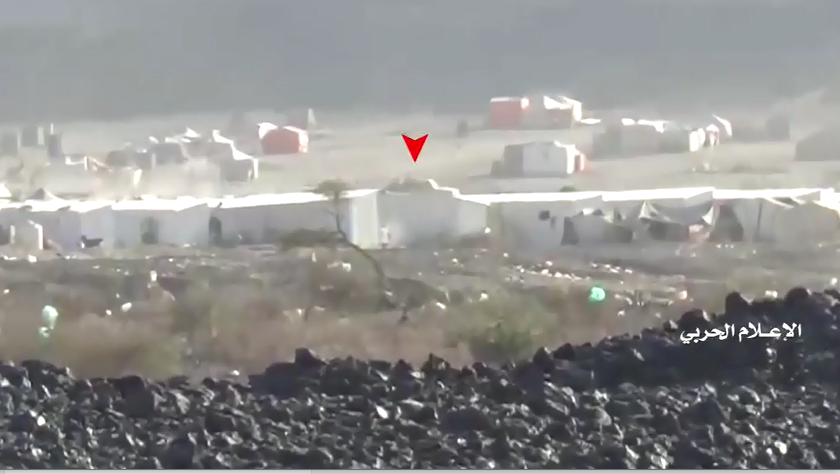 The Yemeni Military Media distributed a video showing the forces of the Saudi aggressors using the IDP camps in Marib for military purposes and as human shields.

The scenes showed the presence of a number of military vehicles moving inside the camps carrying mercenaries, who were recruited by Saudis, onboard.

The mercenaries were using the camps of the displaced people for protection from the Yemeni army and the popular committees.

A local source reported that dozens of displaced people in Marib are subjected to harassment and are forced to stay in camps and some of them have been imprisoned.

The source said that the Saudi military leadership in Marib is forcing the displaced to return to the “Sanaa camp” after the fighting approached it during the past two days after they had left it 20 days ago.

Over 1,400 crimes in occupied southern provinces during 3 months