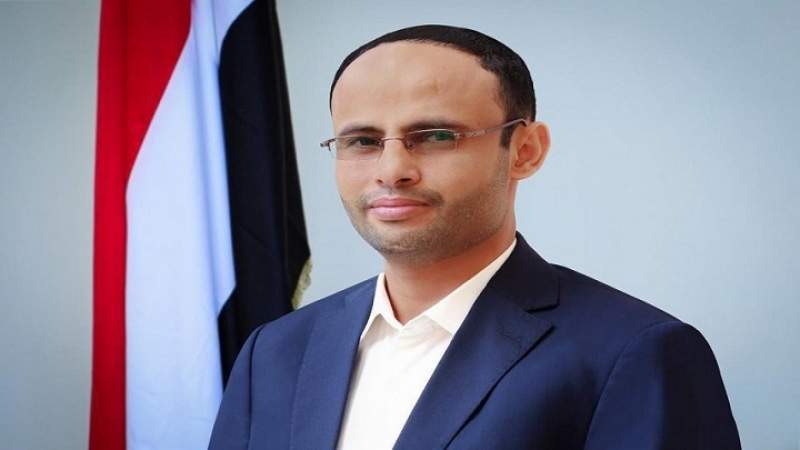 President of the Supreme Political Council, Mahdi Al-Mashat, sent on Friday a cable of congratulations to the Syrian President, Bashar Al-Assad, on the occasion of his winning in the presidential elections.

In the cable, President Al-Mashat congratulated the Syrian people for the great success of the electoral process, considering it an important victory over the plots through which the enemies sought for years to strike Syria.

President Al-Mashat affirmed his constant keenness to enhance the existing relations between the two countries and the two brotherly peoples to achieve further progress and prosperity.

In this regard, President Al-Mashat confirmed Yemen’s rejection of all the standards imposed by the greedy arrogance forces, through which it seeks to occupy the countries and peoples of the Arab and Islamic nation, wishing the Syrian leadership to achieve more success at all levels.