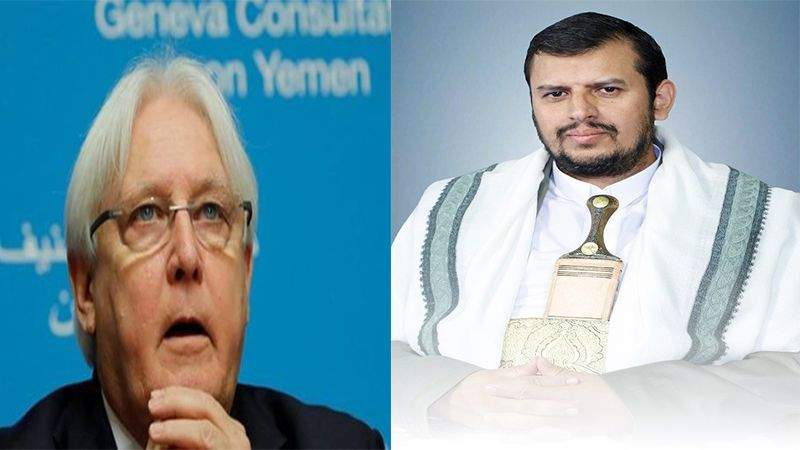 The leader of the revolution, Sayyed Abdul-Malik Al-Houthi, criticized, during his meeting with the UN envoy today, Sunday, the United Nations’ approach of the humanitarian side, stressing that this file cannot be connected to other files.

During the meeting, Sayyed Houthi pointed to the weakness of the role played by the UN towards the unjust blockade imposed by the aggressive coalition, who are preventing the entry of food, medicine and oil derivatives to the country.

He criticized the United Nations’ way of dealing with the humanitarian file and condoning the extortionary method used by the aggressors as it puts pressure on the livelihood of civilians, as well as their medicine and tried to bargain with it for other things.

Furthermore, Sayyed Houthi emphasized that the Yemeni people have the right to have oil derivatives, medical supplies and foodstuffs, whatever the circumstances are, stressing that the blockade is collective punishment and violates international resolutions and humanitarian norms and is contrary to all laws and regulations.

Sayed Houthi noted once more that the attempts by the Saudi aggressors of politicizing the humanitarian file and trying to negotiate it is not fair and will not be done.

Moreover, he called on the United Nations to have an explicit stance in front of this entitlement instead of ignoring what the Saudis are committing, stressing that the real entrance to all files is through addressing the requirements of the humanitarian file.

The Leader of the Revolution also warned the coalition of aggressors that if it was expecting through imposing a siege on the people of Yemen would strengthen their position, they are being delusional. He then explained that as the siege increases, the Yemeni people are firmly fully convinced that the aggressors do not want peace and are not seeking it.

May 29: An Update of the Saudi Crimes, Violations in Yemen

May 30: An Update of the Saudi Crimes, Violations in Yemen