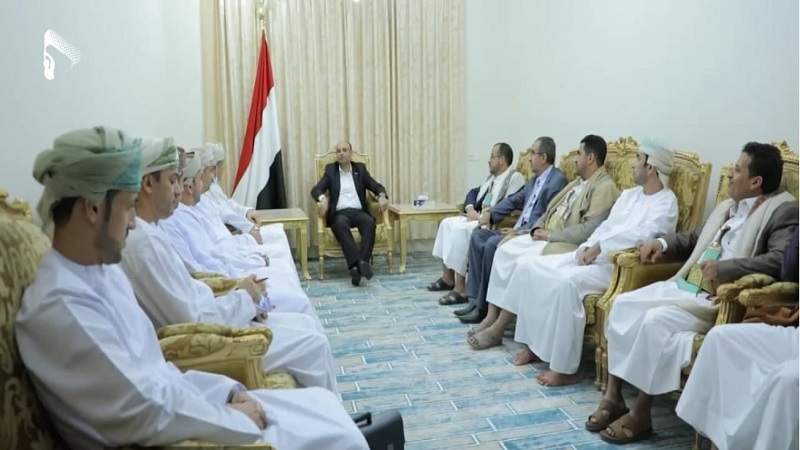 The President of the Supreme Political Council, Mahdi Al-Mashat, met last Monday with the delegation of the Omani Royal Office, which is currently visiting Sanaa within the framework of the Omani efforts to support the Yemeni people.

At the meeting, President Al-Mashat expressed his gratitude for the role played by the Sultanate of Oman in helping the people of Yemen, even during the Saudi-led aggression and unjust siege the country is witnessing.

The president welcomed the visiting Omani delegation, expressing his appreciation to the Omani people and their leadership for the efforts they made to alleviate the sufferings of the Yemeni people as a result of the US-Saudi blockade and aggression.

President Al-Mashat hoped that these efforts will come out with an achievement.

June 7: An Update of the Saudi Crimes, Violations in Yemen