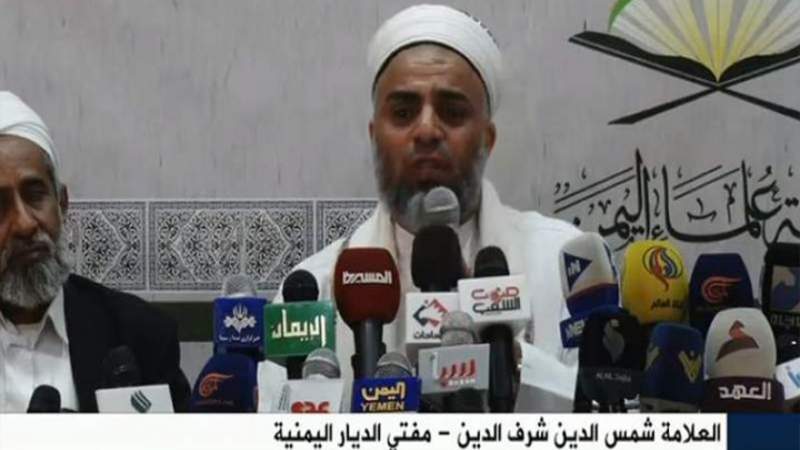 The Grand Mufti of Yemen, Shams Al-Din Sharaf Al-Din, confirmed that Saudi Arabia takes its decisions regarding Hajj in isolation from the rest of the Muslims and without consulting with Islamic countries.

The scholar Sharaf Al-Din explained that the Saudi entity is an intruder on the nation and is fighting Islam from a point where Muslims do not recognize.

Shams Al-Din said if Saudi Arabia is keen on people’s lives and comfort, why does it restrict the sounds of mosques while allowing the sounds of nightclubs?

He added that the Saudi regime claims in its decisions to care about people’s lives, so how does it allow gatherings in places of entertainment and play and prevent them during Hajj.

He pointed out that the Saudi regime led the nation to submit to the American-Zionist project in the region and betrayed Islam and Muslims.