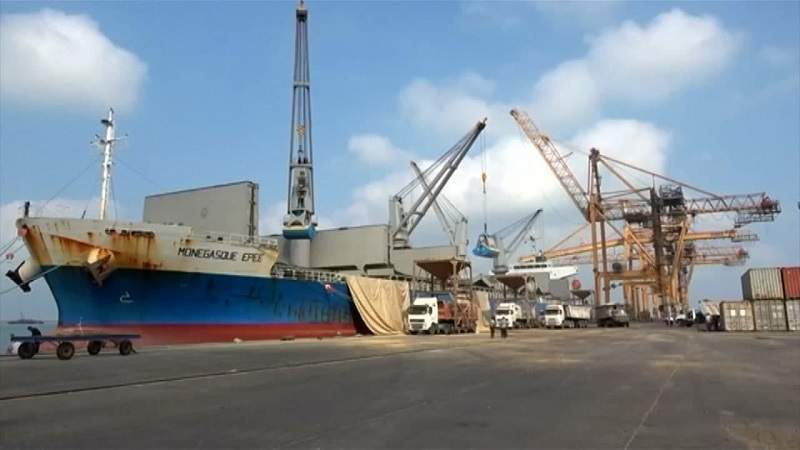 The Saudi-led aggressive coalition is practicing a comprehensive economic war in Yemen, targeting primarily the Yemeni civilians in their most basic rights.

Director of Foreign Trade at the Ministry of Industry and Trade, Fouad Howeidi, stated that the comprehensive blockade on Yemen had led to very large increases in import costs.

Howeidi added that the blockade imposed on Yemen has caused a rise in shipping and insurance costs for Yemen, as well as the costs of delaying shipping vessels and exposing them to piracy.

He considered all of the aforementioned costs to be extra costs that are added to the cost of goods, and thus their prices rise in an unprecedented manner, under the direct sponsorship of the forces of the Saudi aggressors that are besieging Yemen.

He pointed out that insurance costs increased by 400% and shipping costs by 200% due to the blockade and the classification of Yemen as a dangerous country, indicating that these costs are additional burdens on citizens, which have resulted in reducing their purchasing power to its minimum limits.

He pointed out that inflating the customs exchange rate in Aden is a new crime that will put many citizens below the poverty line and those already classified under this line will trap them in the cycle of extreme poverty.

Howeidi stressed that the entry of this new conspiracy and the commercial sector’s acquiescence to it means customs will increase nearly 150% and it will be part of the cost of the goods, which means that citizens will pay more.

For his part, Undersecretary of the Ministry of Finance for Planning Sector Ahmed Hajar said that the economic war focuses on igniting inflation rates in the country while making sure there is no economic growth or an increase in incomes.

Hajar said that the individual’s standard of living has fallen to lower levels than it was in 2014 as a result of the lack of income for citizens, the absence of salaries and the high costs of various commodities.

In addition, he pointed out that the economic war mainly targets civilians, especially the poor, in a way to pressurize the decision-makers in Sana’a, whether in war or peace.

“The purchasing power of the people is low and moving the customs exchange rate will impact a large segment of the citizens,” he said, noting that the economic war continues its pressure to displace national capital and strike the existing market mechanisms on a regular and planned basis.

He explained that the rise in import costs in light of the decline in the purchasing power of the population to lower levels is a real threat to investment in this field.

He pointed out that diverting commercial imports to ports under the supervision of the occuppiers aims to control the largest amount of taxes and customs fees paid by Yemeni society.

In another context, Anwar Mohammed Al-Husseini, Vice-President of the Syndicate of Food and Household Traders, confirmed that diverting imports to the port of Aden did not ease the restrictions imposed on the ports of Hodeidah.

Al-Husseini pointed out that diverting imports from the ports of Hodeidah only resulted in adding more obstecles for the commercial sector, most notably the high transportation fees to most of the country’s governorates.

He said that transportation wages increased due to the scarcity of fuel due to the Saudi-led siege, in addition to the deterioration of the infrastructure of transportation lines and the royalties imposed in the areas under the control of the aggressors.

Moreover, he further explained that the internal transport is a burden equal to the burdens of import, and this burden will not be alleviated except by lifting the siege completely on the ports of Hodeidah, the main ports of Yemen and the closest to the major population bloc in the country.