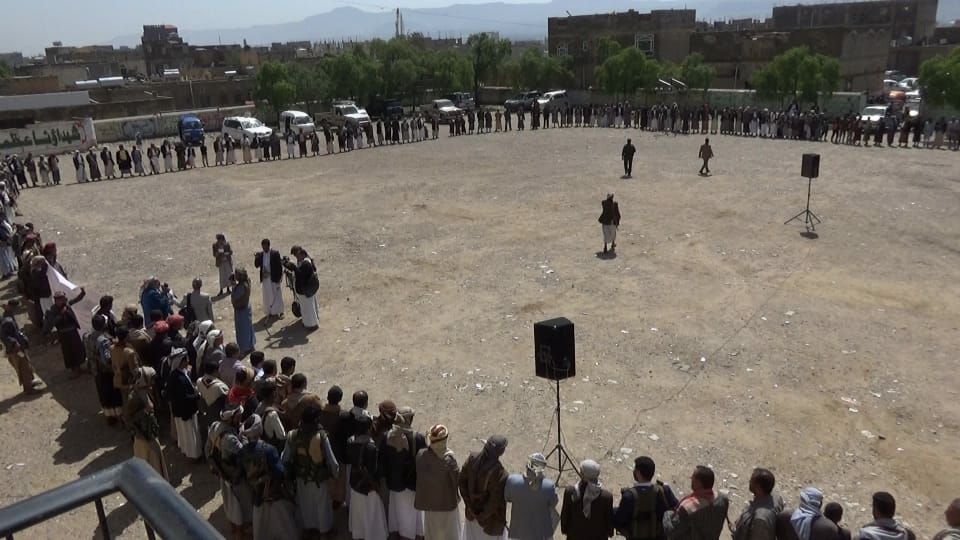 The people of Raydah district, Amran Governorate, organized a protest sit-in on Thursday to denounce the continued aggression and siege by the US-Saudi-Emirati aggressors, raising the price of customs tariffs and the abuse of Yemeni women.

During the protest, a convoy was conducted, presented by the Al-Sran tribe, in support of the heroes of the army and the popular committees.

In the stand vigil, which was attended by a number of executive and supervisory leaders, social figures and a large group of people from the district of Raydah, the participants denounced the dangers of continuing the siege and suffocating the Yemeni people and the catastrophic repercussions of raising the customs tariff on the national economy and the civilians.

The demonstrators emphasized that increasing price of customs aims to tighten the siege on the Yemeni people to force them to surrender. Participants said that this will only increase the Yemenis’ hardness in confronting the aggressive coalition.

Moreover, they denounced the abuse of Yemeni society and Yemeni women in the Saudi series “Rashash,” considering this series to reflect a state of decadence and moral downfall of the Saudi regime.

At the end of the rally, participants declared a general mobilization and backing fronts with men and money until the liberation of the entire Yemeni land.