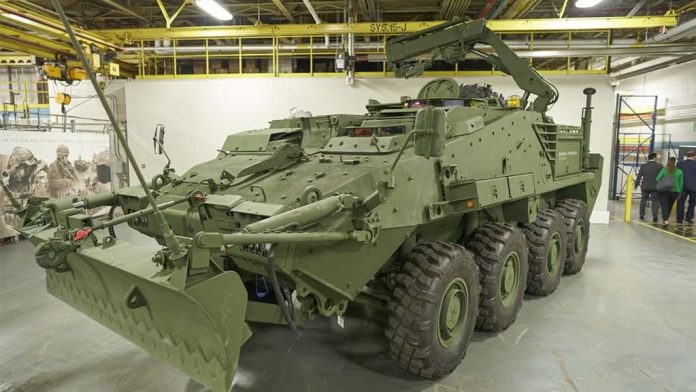 Canada is violating international law by selling weapons to Saudi Arabia, according to a new report by rights groups Amnesty International Canada and Project Ploughshares, which are urging Ottawa to suspend all arms exports to Riyadh.

Canadian weapons transfers to the Gulf kingdom could be used to commit or facilitate violations of international humanitarian and human rights law, the rights groups found, particularly in the ongoing conflict in Yemen.

“It has been established through investigations and expert reports that Canadian weapons exports to [Saudi Arabia] are contrary to Canada’s legal obligations under the ATT,” the report reads.

The ongoing war has pushed millions to the brink of famine in what the United Nations has described as the world’s worst humanitarian crisis, and at least 233,000 people have died, according to a recent UN estimate.

“There is persuasive evidence that weapons exported from Canada to KSA [Kingdom of Saudi Arabia], including LAVs [light-armored vehicles] and sniper rifles, have been diverted for use in the war in Yemen,” Wednesday’s report found.

It further mentioned: “Given the overriding risk posed by Canadian weapons exports to KSA, Canada must immediately revoke existing arms export permits to KSA and suspend the issuance of new ones.”

A spokeswoman for Canada’s foreign affairs department, Global Affairs Canada, said that the government “is committed to a rigorous arms export system.”

“Canada has one of the strongest export controls systems in the world, and respect for human rights is enshrined in our export controls legislation,” Lama Khodr said in an emailed statement.

She further said: “After a thorough review by officials, the Government announced last year that permits to KSA are now being reviewed on a case-by-case basis. These permits are not issued automatically and each of them is carefully scrutinized. Any permit application where there is a substantial risk of human rights violations will be denied.”

In particular, rights groups have urged Canada to cancel a $12bn [$15bn Canadian] weapons contract to ship Canadian-made LAVs to the Saudi government.

August 13: An Update of the Saudi Crimes, Violations in Yemen