A source in the Ministry of Petroleum revealed to Al-Masirah channel, today, Sunday, that a giant oil tanker under the name “SARASOTAA” has arrived at Bi’r Ali Port in the Radhum district, Shabwa Governorate, coming from South Korea, to steal more than 100,000 tons of Yemeni crude oil.

The source explained that the oil tanker docked with the help of the tugboat (Water Blue), coming from the Emirati port of Fujairah, which has been on the port’s shore since the beginning of the year.

Moreover, the source said that the tanker is preparing to loot approximately 106,000 tons of crude oil, and it is expected to carry 950,000 barrels of crude oil.

It indicated that the oil expected to be looted on this tanker is worth about 69 million dollars – and this amount in Yemeni riyals in the occupied areas is equal to 68.5 billion riyals.

The source noted the ports in the areas under the Saudi-UAE occupation, such as the port of Al-Dhaba and Bi’r Ali, are used for looting Yemeni crude oil, stressing that only those mercenaries in power who know the fate of crude oil that is being looted.

It is noteworthy that Bi’r Ali Port received on April 12, the giant oil tanker SAGA coming from the Emirati port of Fujairah on the mission of transporting more than 115 thousand tons (approximately one million barrels) of crude oil, which was sold for approximately 58 billion riyals. The money was benefited by the UAE.

The organized looting of Yemeni oil comes at a time when Yemenis are suffering from multiple crises as a result of the aggression and the siege, in addition to the stoppage of salaries. 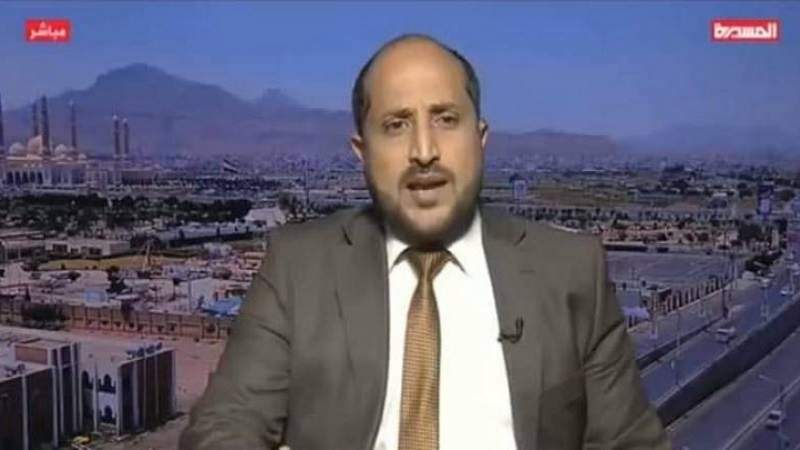 The Executive Director of the Yemeni Petroleum Compnay, Ammar Al-Adra’i, confirmed that Yemenis in Shabwah and various governorates suffer from the lack of oil derivatives, while thousands of tons of Yemeni crude oil are being looted.

Al-Adra’i, said during an interview with Al-Masirah channel that the looted oil revenues are deposited to the National Bank of Saudi Arabia, and the ship that transports has arrived from Fujairah, and they are looting oil openly during the day, blaming the forces of aggression with full responsibility for the looting and selling of oil and liquefied gas from Yemeni lands.

He explained that the Saudi-led aggressive forces, since the beginning of the year, have released only 4% of the oil quantities needed by the Yemeni people, stressing that the aggressors did not stop here. They also stopped the entry of gas from Marib province and prevented the arrival of ships loaded with oil.

The executive director denounced the international silence regarding these violations, saying: “More than 763 rallies were carried out in front of the United Nations headquarters in Sana’a by all service sectors, but no action was taken.”