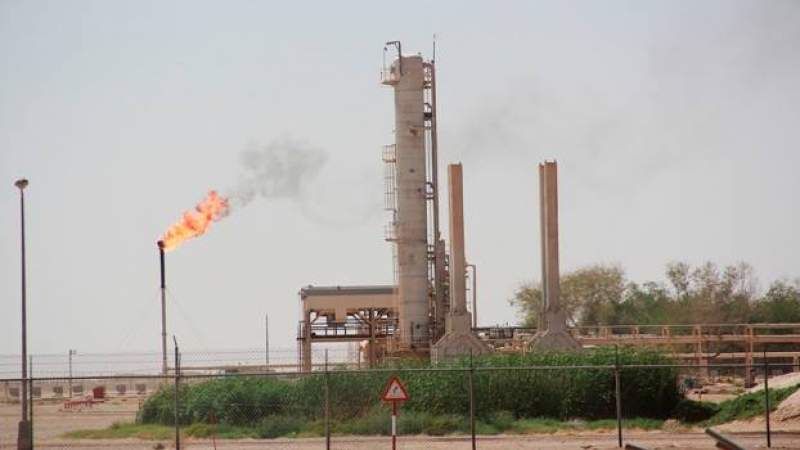 An investigation by the Al-Masirah channel was released today earlier, saying that the aggressive Saudi-led forces and their mercenaries looted 267 billion riyals during the past two and a half years from the revenues of C5 produced in the Safer Refinery in Marib Governorate.

The investigation revealed that the daily production of C5 amounts to 4,375 barrels, resulting from the refining operations at the Safer Refinery in Marib.

Mujahid Al-Sufi, Director of the Bureau of the Executive Director General of the Yemen Oil Refining Company, confirmed that the total looted revenues from the proceeds of C5 exceeded 267 billion riyals during two and a half years.

He explained that C5 is one of the gases resulting from refining processes at the Marib refinery with a declining actinic number, and it is mixed with high-quality gasoline and sold locally as gasoline.

He pointed out that the amount of production of C5 during two and a half years amounted to 3,937,500 barrels, with revenues of more than 200 and 67 billion riyals.

For his part, Mohammed Al-Sudaei, director of the financial and administrative department of the Yemeni Oil Refining Company, pointed out to Al-Masirah that the revenues of C5 are only a small percentage of the total national revenues that are looted daily.

Al-Sudaei explained that the corrupt and traitors loot the various national revenues for their partisan and personal accounts, which is in the interest of the forces of aggression and serve their conspiratorial projects.

In turn, Nasser Ahmed Al-Aji, Undersecretary of the Ministry of Oil and Minerals, confirmed to the Al-Masirah that national revenues are being subjected to organized looting in various vital sectors, especially the oil sector.

Al-Aji pointed out that the traitors insist on looting the various state revenues without regard to the public interest and the suffering of citizens in various governorates, stressing that these revenues, which are looted daily from the wealth of the Yemeni people, are kept in the accounts of traitors and their partisan entities.

Meanwhile, Hussein Amer, Executive Director of the Teacher and Education Support Fund, pointed out that a certain percentage of the oil sector’s revenues could cover the workforce in the educational sector.

He pointed out that covering the salaries of male and female teachers needs twenty billion riyals per month, in isolation from the rest of the cadres working in education and according to the 2014 documents.

He expressed his regret for ignoring the situation of this important segment at a time when it was possible to cover their salaries from the revenues of C5 produced in the Marib refinery, not to mention other revenues.

Al-Durra: Increasing Customs Will Lead To the Raise of Foodstuffs Prices

August 23: An Update of the Saudi Crimes, Violations in Yemen