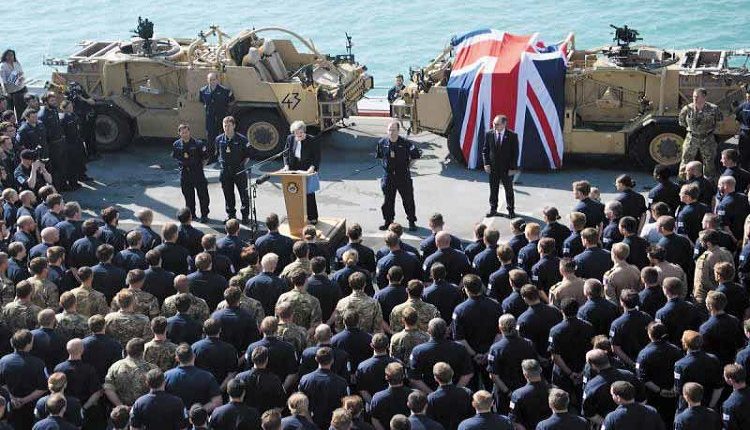 Britain Arrives in Yemen (Al-Mahra); A Direct Presence After the Agents’ Failure

Huge developments take place in Yemen after the arrival of British forces to Al-Mahra Governorate, where southern leaders and activists confirmed that Britain is led today by nostalgia for the colonial past of southern Yemen.

The presence of the American and British forces after seven years of an aggressive war confirms the reality of the goals for which the coalition was established in occupying Yemen and controlling its wealth, in addition, to achieve foreign interests in continuing to humiliate its people and keep them under guardianship.

Leaders and activists from the occupied southern provinces called on all honorable people to support the uprising of the people of Al-Mahra in the face of the types of Saudi, Emirati, Zionist and finally British invasion.

Emphasizing that in Yemen today there is a national leadership, an army and popular committees that will not calm down until all Yemeni regions are liberated, and the expulsion of the occupation stands on the top of their priorities.

Major General Khaled Baras – Head of the Peaceful Southern Movement component, considered that the national duty today is to support the uprising of the people of Al-Mahra, and that what is happening is a direct occupation, and requires resistance by the people of the occupied territories, like their brothers in northern the country, who are ready to support any liberation movement that stands in the way of occupiers.

“There is an occupation and a foreign presence in Al-Mahra governorate… Greetings to all the honorable Mahra fighters, whether through peaceful sit-ins or rallies and those who make statements rejecting the British, Saudi, Emirati occupation… It is a great honor that you have not abandoned your Yemeni identity. You are Yemenis defending Yemeni land, while there are others, unfortunately, who are looking for another unknown identity out of nowhere,” he said as he directed the people of Al-Mahra and their fighters.

“This new British occupation is not only an occupation of Al-Mahra land, but it is a violation of the sovereignty of all of Yemen. The honorable patriots have reached the reality of this coalition, this is the coalition and this is its true face, occupation, destruction, insults and starvation, starvation of all, even those who initially supported them, starving all Yemenis without exception,” he said. 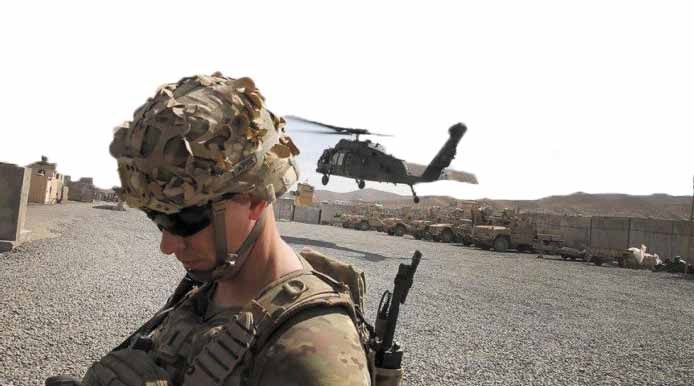 Major General Khaled Baras went on to say: We do not want to delve into the goals of the British, but what concerns us is that their presence on our land is surely an occupation, and it does not require explanations or theories. What is required here is confrontation and resistance to this occupation, especially from the people of Al-Mahra, as their brothers in the north are doing under the leadership of Ansar Allah, those who resist occupation and invasion for seven years and achieve victories. It is the duty of every Yemeni today to support the sons of Mahra in their refusal and resistance to the occupation, and it will not be a mistake if we go and fight the occupation with them there. I ask here the mercenaries who call themselves “legitimate”, why do they swallow their tongues in front of every new occupation, destruction, starvation and expulsion of the expatriates of the Yemeni people?

He pointed out that Britain’s eye may not be on Al-Mahra, but rather it is practicing deception, as the coalition initially appeared to say that it came to save the Yemenis and its goals were later revealed and that it is an alliance of occupation, invasion, siege and destruction. British moves on the ground will reveal London’s last and real goal, and the only required position is confrontation and fighting the occupier, whatever their goal or aims, and whatever the goals of Britain, it made a mistake in its decision to go down to Yemen, as the coalition made a mistake 6 years ago when it launched the war on the Yemeni people.

He said: The goals of the coalition and its leaders from America, Britain and Israel, which are present today on the island of Socotra, have been revealed to the Yemenis in the north and south. We say to the Yemenis in the occupied areas, in particular, whoever still has determination and honor should stand by the people of Al-Mahra.

Ahmed Al-Aliy, Secretary-General of the Southern Front to Resist Invasion and Occupation, stressed the positions issued by the head of the national negotiating delegation, Mohamed Abdulsalam, pointing out that the Yemeni leadership has the right to target the invading British forces wherever they are found in Yemen.

He said: Without a doubt, the governorate of Al-Mahra, with its vast area and long extension on the coast of the Arabian Sea, represents a very great political and economic value, and Britain’s eyes were and still not merly on Al-Mahra, but on several parts of Yemen, especially Bab al-Mandab, Mayon Island and Socotra. He explained that Bab al-Mandab Strait is vital for them, for it forms a vital strategic link in the maritime trade route between the Mediterranean Sea and the Indian Ocean via the Red Sea and the Suez Canal.

He added: Yes, Britain has ambitions. Yes, Britain has its eyes on the south of Yemen, and therefore these British forces came and among their goals is to find a route for the Saudi oil pipeline to the Arabian Sea, and another very important matter is controlling the international trade Silk Road, which China is trying to revive again. The British are currently located at Al-Ghaydah Airport, the capital of Al-Mahra Governorate, and are currently providing services to the Saudi or Emirati forces stationed in Al-Mahra.

Regarding comments on the popular uprising in the face of the occupation, he said: There is a great popular movement in Al-Mahra governorate, which expresses the aspirations of the people of the governorate to expel all foreign forces, and it is a mass movement that preceded several governorates that are today under occupation. The people of Al-Mahra are part of the Yemeni social fabric, facing all international agendas.

He added: Without a doubt, as Brother Mohamed Abdulsalam emphasized, the Yemeni forces have the right to attack and target any foreign forces on Yemeni soil, pointing out that Britain’s choice of Mahra, thinking that it would be far from dealing with the army and the popular committees and far from their strikes, and this, in my opinion, is a wrong belief. It is known that Yemeni drones have the ability to affect the positioning of any foreign forces on the land of Yemen, even if they are at the farthest point in Yemen.

Ali Saleh Tayseer – an activist from the southern governorates, confirmed that the Yemeni people are called today to unite behind the wise leadership of Sayyed Abdul-Malik Badr Al-Din Al-Houthi in bringing Yemen to independence and liberation from all forms of occupation and tutelage, pointing out that Britain has not yet revealed all the secrets related to southern Yemen.

He said: Britain, America and Israel all of these colonial countries have interests in the Arab world and are hostile to Islam wherever it is. Britain occupied Aden from 1839 AD until 1967 AD, meaning more than 139 years, and I believe that British nostalgia for the colonial past exists when speaking about southern Yemen. I am also certain that Britain has secrets related to southern Yemen that it has not yet revealed, especially with regard to the mineral and oil wealth sites and other details.

He added: Britain chose Al-Mahra Governorate to land its forces because it believes that it is a governorate geographically far from the reach of the free national leadership in Sana’a.

He continued, “I refer here to Sayyed Abdul-Malik Badr al-Din al-Houthi’s assertion that Yemen is capable of expelling any occupier wherever they are at any point in Yemen. Unfortunately, there are mercenaries trying to extract a past that has ended, which is that allowing the British occupation once again, but it is impossible.”

He said: Britain is carrying dirty plans with it, and the national leadership in Sana’a is aware of such old plans, and Britain believes that the opportunity is ripe to take action, thinking that the war has exhausted the Yemeni people.

He added: Today, all of Yemen, and I am one of the sons of the southern governorates, we all know the reality of the goals of the multilateral aggressive coalition, and there is no longer a fool, the picture is clear, which is to humiliate Yemenis as a whole, occupy the land, plunder its wealth and destroy the Yemeni country. There are today more than 20 Emirati secret prisons in the southern regions to torture and humiliate the people of the occupied southern Yemeni governorates.

He continued: Today, I appeal to everyone to move and not stand idly by, and I expect that there will be an awakening in the occupied territories, where the people are subjected to starvation, incitement to sedition, and spreading murder and intimidation.

He concluded his speech by saying: The Yemeni people in all Yemeni and occupied regions, in particular, are called today to unite behind the leadership of Sayyed Abdul-Malik Badr al-Din al-Houthi as a national leader and bearer of the project of liberation and independence and a spearhead in rejecting and resisting the occupation projects.

Houthi Replies to Guterres: Those Who Blockade, Strike and Occupy Yemen Are the Ones That Need to Stop