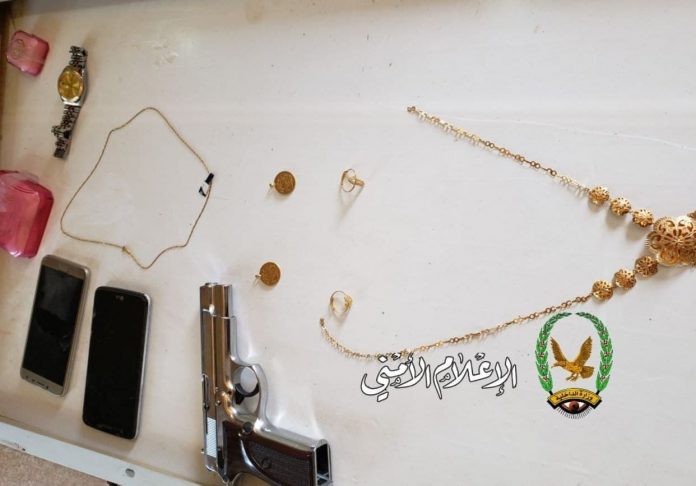 The police and the detectives arrested two people who are among the most serious perpetrators of home theft in Sana’a province.

The director of the governorate’s investigations, Colonel Yasser al-Naqeeb declared that after the police received reports of theft of a number of homes, investigations were intensified until the perpetrators of these crimes were found and in coordination with Saref District Police Station, their whereabouts were identified, and they were arrested.

Investigation procedures, gathering of evidence, and the confessions of the accused confirmed that they had robbed a large number of homes.

The police identified the people and shops that sold and disposed of the stolen goods, and were able to recover some of them.

The Ministry of Interior: 1532 Cases and Crimes Were Seized, and 165 Criminals Linked to the Aggressors