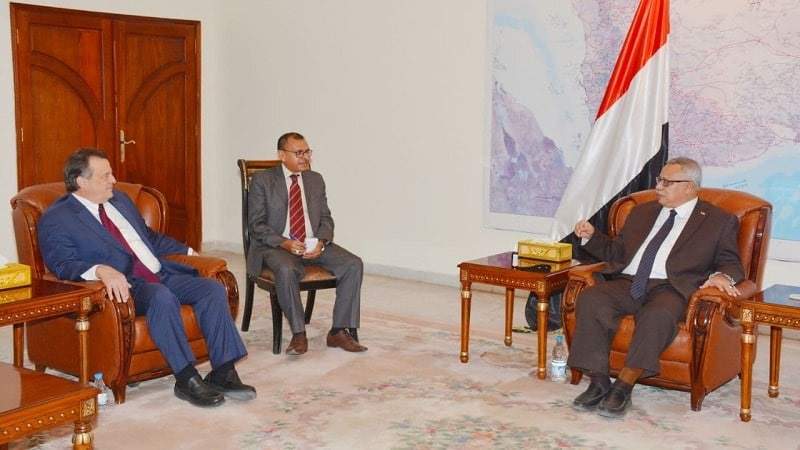 The Prime Minister, during a meeting today, Sunday, with the United Nations Resident Coordinator for Humanitarian Affairs, William David Grisley, referred to the killing of the expatriate Abdul-Malik Al-Sanabani by militias affiliated with the UAE occupiers while he was traveling by land from Aden to Sanaa.

He explained that the incident that was condemned by the Yemeni people, in addition to the great suffering of travelers through Aden and Seiyun airports, are the result of the continued closure of Sana’a International Airport.

He added that the airport was closed without any legal justification, especially in light of the commitment of Sana’a to ICAO conditions with the presence of a UN inspection mission at the airport.