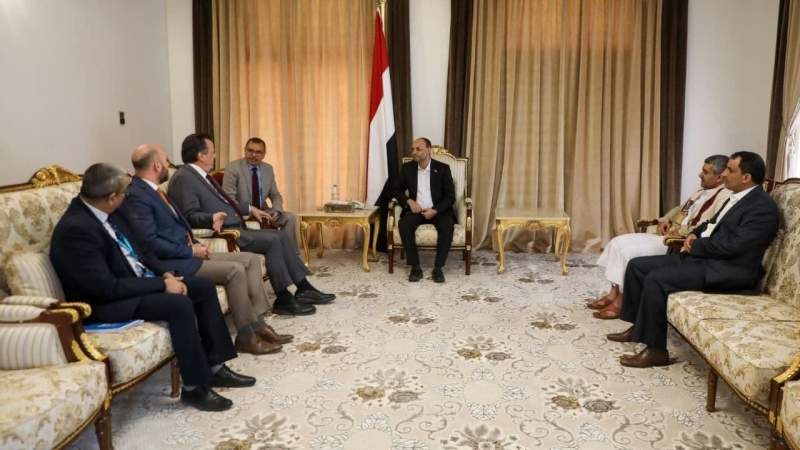 The President of the Supreme Political Council, Mahdi Al-Mashat, met this Monday, in Sana’a, the United Nations Coordinator for Humanitarian Affairs in Yemen, William David Grisley.

The meeting discussed the deteriorating humanitarian situation of Yemen and the ways the United Nations (UN) can corporate in this field.

The President called on the United Nations to do its responsibility in forcing the opening of Sanaa International Airport, as well as Hodeidah seaport, in addition to neutralizing the economy from the current war.

Moreover, President Al-Mashat assured that governorates will facilitate the operations of the United Nations to help the poor people, calling at the same time the United Nations to double its efforts and alleviate the increasing humanitarian catastrophe, which he noted is due to the US-supported Saudi aggression and siege wages on the country as a whole.