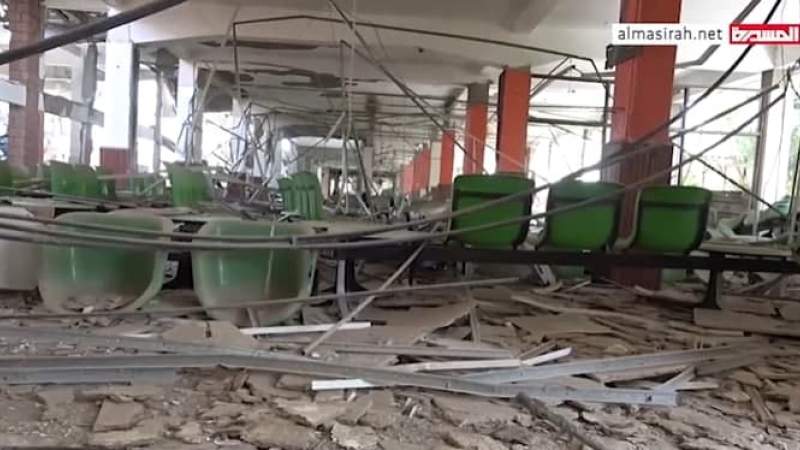 The warplanes of the Saudi-led air force conducted two raids on Taiz airport, a source reported to YemenExtra.

This is the third targeting carried out by the aggressors on Taiz airport in less than a week, noting that yesterday, Monday, the airport and its surroundings were targeted by four Saudi raids.

Furthermore, the airport was also targeted last Wednesday with 15 raids, which targeted the vicinity of the airport, in conjunction with a low and intense hovering of US-Saudi fighter jets in the airspace of the governorate.

It is noteworthy that the Saudi aggressors had completely destroyed Taiz airport in 2015 when it launched 18 airstrikes on the airport facilities and equipment. The aggressors also launched hundreds of raids on the rest of the Yemeni airports, targeting the most vital of them during six and a half years of Saudi-led brutal war on Yemen.

This comes in light of the continuous targeting of Yemeni airports by the Saudi-led airforce, backed by the US, and the siege imposed by them on Yemeni airports and seaports. Unfortunately, these actions are faced with international silence that is complicit and acquiescing to Saudi and Gulf money.

Sep. 13: An Update of the Saudi Crimes, Violations in Yemen