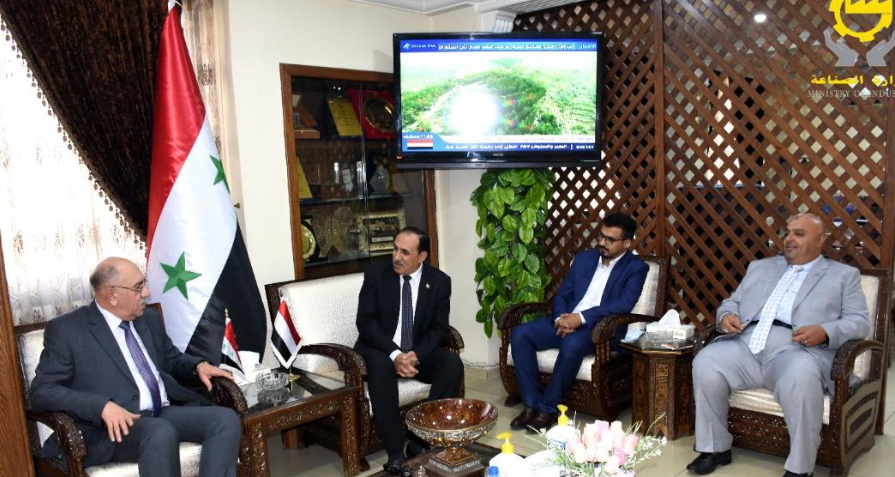 During the meeting, the cooperation between two brotherly countries was strengthened and developed, and an agreement was reached to activate the protocol signed between the two countries in the industrial field.

Sabri stressed that economic and industrial sufficiency is very important in the face of the terrorist war.