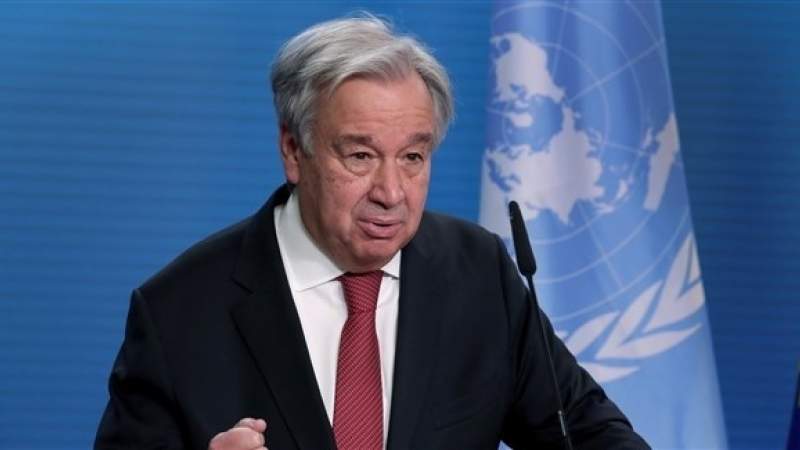 Guterres: There’s a need to probe war crimes and crimes against humanity that occurred in Yemen

On Thursday, United Nations Secretary-General Antonio Guterres stressed that there is a need to “implement the principle of accountability and investigate on war crimes and crimes against humanity in Yemen.”

This came in a press conference held by the spokesman for the Secretary-General, Stephane Dujarric, at the United Nations Permanent Headquarters in New York, during which he responded to journalists’ questions regarding the Secretary-General’s position on the failure of the UN Human Rights Council in Geneva to extend the mandate of the international team of investigators into “war crimes” committed in Yemen.

“Yes, the Secretary-General confirms that there is a need to implement the principle of accountability and investigate the occurrence of war crimes and crimes against humanity in this country,” Dujarric replied.

“We clearly know that the non-extension decision today is up to the member states, and they have the right to do so and they bear the responsibility for making such decisions,” he added.

“As for us, we will continue to press for the implementation of the principle of accountability in Yemen, a country in which its citizens have witnessed crimes against humanity many times,” Dujarric emphasized.

The United Nations Human Rights Council voted against a Dutch draft resolution calling for an extension of the mandate of the international team to investigate possible crimes in Yemen for an additional two years.

The draft resolution received the approval of 18 countries and the objection of 21 countries during a meeting of the Human Rights Council in Geneva.

In September 2017, the Human Rights Council established a team of eminent experts to investigate violations and abuses of international law committed by the parties to the conflict in Yemen, and to identify those responsible. The mandate of the team expired at the end of last month.

In their four reports published so far, the international investigators have documented violations of international law and war crimes since the beginning of the Saudi-led aggressive coalition on Yemen at the end of March 2015.