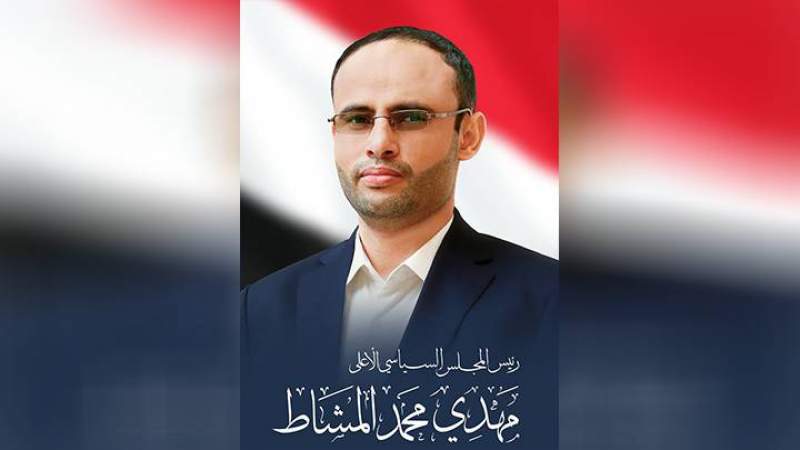 President of the Supreme Political Council Mahdi al-Mashat on Sunday sent a cable of congratulations to United Nations Secretary-General Antonio Guterres on the occasion of United Nations Day.

In the cable, President said Yemen is one of the first countries to join the United Nations, which bears the responsibility of maintaining international peace and security, developing friendly relations among countries, and achieving international cooperation.

Al-Mashat added since 1947, Yemen has been keen to actively participate in all the various forums and programs of the United Nations and to cooperate fully in its various fields.

“The United Nations played a negative role for seven years in Yemen, providing the political cover for the horrific crimes committed by the aggression coalition led by the United States since March 26, 2015, with its brutal aggression and siege on the Yemeni people,” said al-Mashat.

He said the United Nations, which uses double standards, bears all the burdens on the victim and absolves the perpetrator of any responsibility as the recent statement of the Security Council, which was accompanied by coalition airstrikes targeting civilians and civilian objects, is only clear evidence of its bias.

President al-Mashat said the Supreme Political Council and the National Salvation Government will continue to cooperate with the UN organizations, believing that there is time the United Nations play its role and bear its responsibility towards the Yemeni people so as to restore its role according to its charter.

He affirmed that the seat of the Republic of Yemen at the United Nations is still vacant and that whoever occupies its seat does not represent the interests of the Yemeni people as he receives directions from the Saudi ambassador.