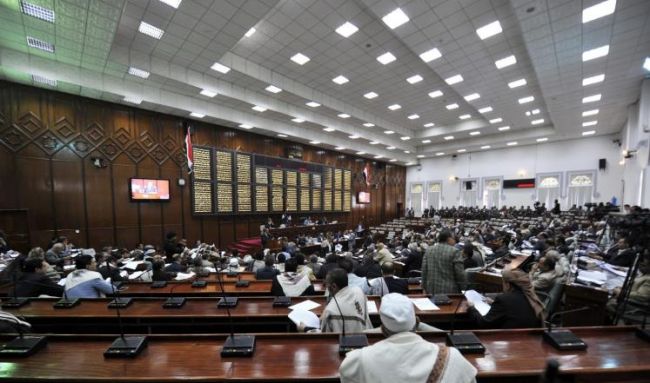 The Yemeni Parliament has on Sunday called on the United Nations and the international community to work quickly to stop the war on Yemen, end the siege and open Yemeni ports and airports.

In a letter it sent to United Nations Secretary-General Antonio Guterres, the Yemeni Parliament expressed its deep dissatisfaction with the international community letting down the hopes and aspirations of the Yemeni people.

The Parliament saluted the stance of the Lebanese Minister of Information, George Kurdahi, regarding the war on Yemen, which he considered “a futile war that must stop.” It also saluted “all the brave stances of free writers, officials, and parliamentarians wherever they are.”

It considered that Kurdahi’s recent remarks did not represent any offense to anyone, and did not offend Saudi Arabia and the UAE as promoted by the Saudi-Emirati aggression coalition and its tools.

The Parliament expressed its full solidarity with the Lebanese Minister of Information, “for the practices and harassment he is being subjected to by the Saudi-financed media trumpets.”

Lebanon is able to overcome the challenges faced: Abdulsalam