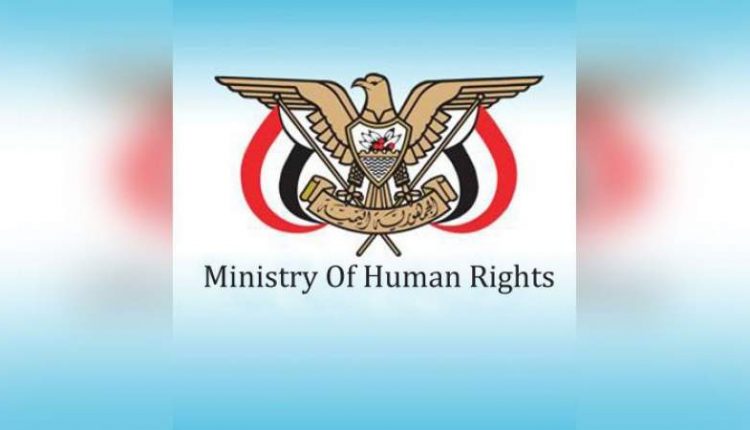 The Ministry of Human Rights condemned ‘the brutal crime and terrorist act’ of Coalition on the western coast, shooting dead ten prisoners of the Yemeni Army and the Popular Committees.

“This cowardly act comes in the context of the continued violations of the rules of international human rights and humanitarian law by the countries of aggression, especially the Third Geneva Convention related to the protection of prisoners of war,” the ministry said in a statement.

The statement held the United Nations and its envoys in Yemen legal and humanitarian responsible for this crime, denouncing their failure to take any legal action nor a serious and effective stance to prevent these crimes.

It also confirmed that it is in constant contact with the Red Cross and the United Nations, and that they are repeatedly addressed about what is being done regarding the ongoing execution of prisoners and the brutal treatment of detainees.

The ministry renewed its demands for the United Nations, the Security Council and its envoys, to abandon the prolonged silence and negligence and to seriously advance in the pursuit of war criminals and bring them to trial in order to preserve the rights of the victims and not impunity for the perpetrators.