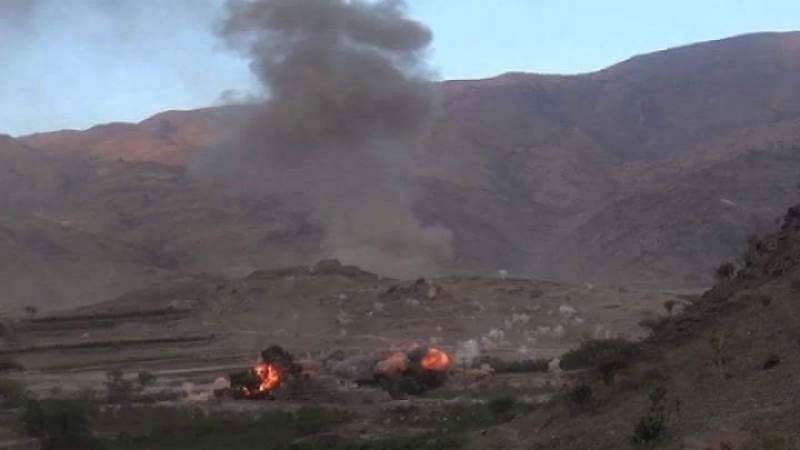 The US-Saudi aggression forces continued to violate the Hodeida ceasefire agreement and a citizen was injured by violations in Al-Hodeida province and launched 23 raids on 5 provinces during the past 24 hours, a military official said.

The official stated that the aggression forces committed 182 breaches, including 2 infiltration attempts in Hays, 28 breaches with artillery shelling, and 45 breaches with various gunshots.

The official confirmed the injury of a citizen by aggression raid east of Hays, indicating that the warplanes targeted Hays district with 6 raids.

The aggression launched a raid near the Hodeida seaport and 2 raids on Al-Jarrahi district.

He pointed out that warplanes targeted the communications network in the Al-O’r area of Munabeh border district and launched a raid on the Qahza area in the Sa’ada province.

In Marib province, the official added the aggression’s warplanes targeted al-Jouba district with 7 and hit Serwah district with 9 raids.

The official stated that the aggressive air forces targeted Amran city with an air raid.

Beaches of Hodeidah crowded with visitors after their opening