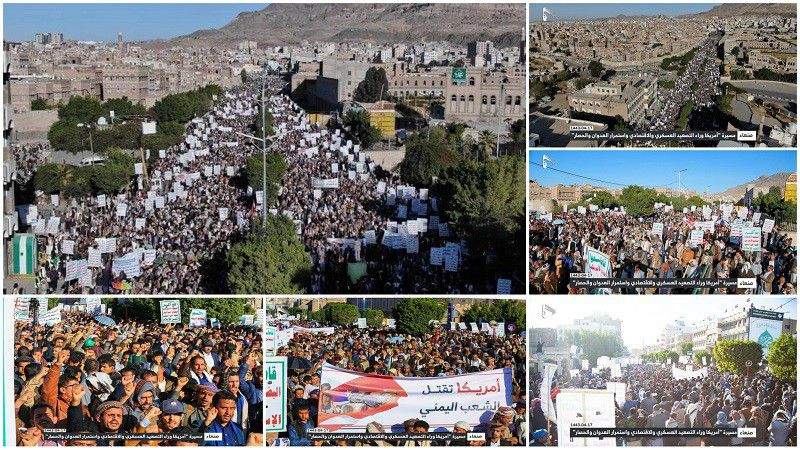 On Monday afternoon, the capital, Sanaa, witnessed a massive mass rally under the slogan: (America is behind the military and economic escalation and the continuation of aggression and siege).

The participants chanted slogans rejecting the US escalation and its crimes against the Yemeni people, affirming the right of Yemenis to defend themselves and the sovereignty of their country in the face of American arrogance and their tools.

During the event, the US flag was burned by the participants and trampled, confirming that the Yemeni people know their enemy well and are aware that this aggression was announced against them from Washington, with great American sponsorship and support.

The statement of the rally affirmed that persistence in the continuation of the siege and aggression will only result in more losses to the aggressors and that the bet of aggressive Saudi-led countries on the open American support is a failed bet. The statement also noted that what the aggressors couldn’t achieve for years will not be achieved in their new escalation.

The statement noted that statements were issued by US officials who brag about continuing their aggressive war on Yemen, and this was proved by conducting more arms deals for the Saudi-led aggressive forces, intensifying raids on more than one governorate and trying to open new fronts, imposing what they call sanctions on national figures and the last of which was the killing of (10) prisoners from the army and the popular committees on the West Coast Front.

The statement urged all the free people of this country to support the fronts and confront with all forces this incessant aggression against Yemen, at the same time congratulating the army, the popular committees, the missile and air force for their deterrent operations, calling for more painful strikes that target the depth of aggressive countries. 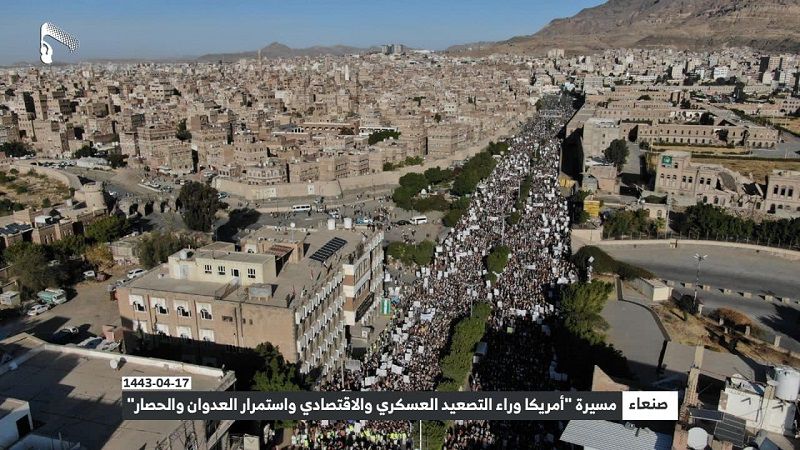