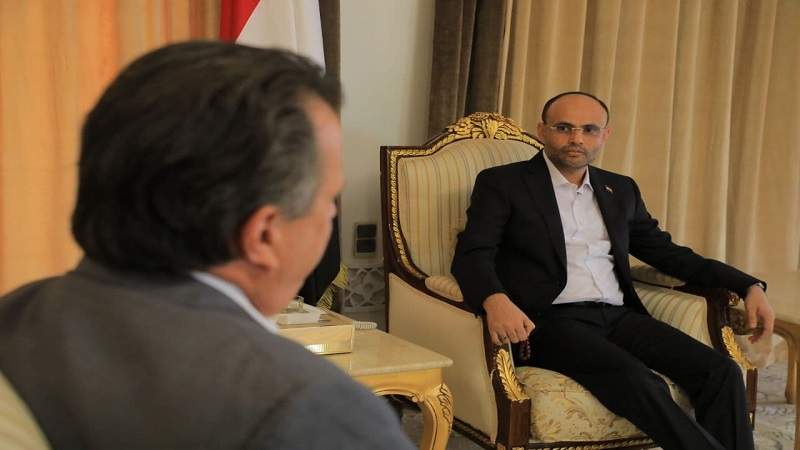 The US-led siege is a war crime against over 25 million Yemeni people: president Al-Mashat

President of the Supreme Political Council, Mahdi al-Mashat, on Tuesday, called on the United Nations to pressure the aggressive coalition countries, led by America, to lift the siege and allow fuel ships to enter the port of Hodeida.

This came during his meeting in Sana’a with the United Nations Resident Coordinator for Humanitarian Affairs in Yemen, William David Grisley.

In the meeting, President Al-Mashat touched on the human tragedy experienced by all the Yemeni people as a result of the siege, especially patients, many of whom died because they were unable to travel abroad for treatment due to the closure of Sana’a International Airport.

He stressed that the US blockade of Yemen is a war crime that affects the lives of more than 25 million Yemeni people.

Regarding the oil “Safer” tank, President Al-Mashat expressed his regret at the United Nations’ retreat from the implementation of the urgent maintenance agreement and the comprehensive evaluation of the floating tank.

The President noted that this retreating increases the possibility of the Red Sea environment being exposed to the risk of pollution stressed that “the United Nations must abide by what has been agreed upon to find a final solution to this file.”

Parliament session on the latest US, UN envoys suspicious actions