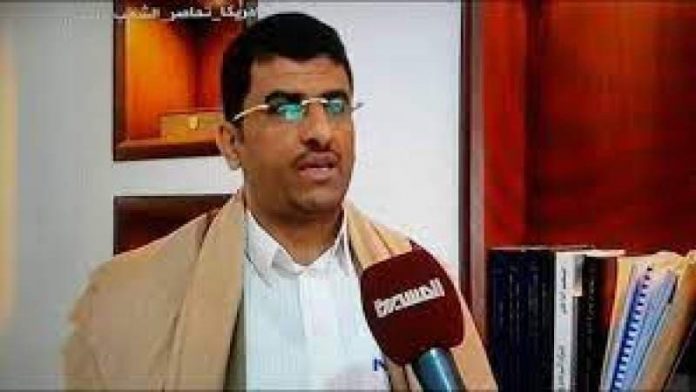 The Supreme Economic Committee in Sana’a has repeatedly called on the pro-aggression government to neutralize the economy, the Minister of Finance Dr. Rashid Abu Lahoum said, confirming that ignoring its demands has led to the suffering of the citizens today in Yemen’s occupied territories.

Abu Lahoum added that there are many solutions to save the people of Aden, the first of which is for the Bank of Aden to withdraw the excess cash.

He explained that there is a difference between the printed currency and the source for circulation in the market, and the Bank of Aden every period sends hundreds of billions to the market without a cover of foreign exchange.

“We called on the Bank of Aden to stop pumping the new currency into the local market there, but they (the pro-aggression government) deliberately pumped more currency for the purpose of trading in the people’s food there,” Minister Abu Lahoum said. “We talked with the ambassadors more than once that facilitating the printing of cash for the pro-aggression government beyond the need of the market would destroy the local currency, but it became clear to us that the one managing the economic collapse is the British in the first place.”

Abdulsalam: The collapse of the currency in the occupied territories is a manifestation of the failure of the aggressive countries

19 civilians killed, 15 others wounded by Saudi airstrikes during the past 24 hours